Myntra, fashion and lifestyle destination, has announced its partnership with Chennai Super Kings (CSK), one of the most-decorated T20 franchise teams in India, as its official fashion partner, ahead of the upcoming cricketing extravaganza.

As part of this association, Myntra’s logo will feature on the front centre of the CSK team’s jersey, during the 14th edition of the nation’s most-awaited and popular sporting event, the Indian Premier League.

CSK’s meteoric rise and consistent on-field triumphs, coupled with its army of loyal supporters, has made the franchise cricket team synonymous with hard work, perseverance and success in Tamil Nadu. As such, Myntra believes this partnership will propel the brand into the hearts of the millions in CSK’s massive Yellow Army, by driving engaging conversations and building brand salience through a complete 360-degree marketing campaign in a key market.

As part of the collaboration at least three star players will be involved in various promotional activities that are aimed at engaging with a collective audience. Myntra and CSK will also work together to create unique and appealing digital content across social media. As part of this partnership, Myntra will enjoy a significant share of voice with multiple on-ground visibility features such as perimeter boards, LED walls, toss mats, among others during all CSK home games.

Myntra was also associated with CSK during the previous edition of the tournament, with significant visibility. Following the success of that partnership, both in terms of engagement on and off-platform, Myntra is looking at leaving an even stronger and lasting impact on the fans of the game and CSK at large, by presenting itself at the centre of the team’s jersey.

Commenting on the partnership, Amar Nagaram, CEO, Myntra, said, “We are thrilled to become the official fashion partner of Chennai Super Kings for the upcoming T20 season. By placing our brand right at the heart of one of the most celebrated teams in the league, Myntra is set to entice the die-hard fans of the game and team CSK in particular. As the one-stop-shop for fashion in the country, this partnership will add a distinctive dimension to our fashion proposition as we await to touch millions of the Yellow Army hearts.”

CSK is one of the most consistent teams in IPL history, having qualified for the Playoffs in 10 of their 11 seasons, reached the final eight times and lifted the trophy thrice.

Speaking about the association, Chennai Super Kings CEO KS Viswanathan said, “Fashion, lifestyle and sport are indelibly linked. I am glad Myntra has decided to scale up their partnership from last season and CSK is delighted to have the opportunity to access Myntra’s multi-million users in the country. As pioneers in India’s e-commerce play, Myntra makes for a perfect partner for CSK, a franchise whose history is about consistently achieving excellence. We look forward to a long and mutually rewarding association.”

Myntra has made significant efforts to democratise fashion, cutting across the various regions of India, including audiences from CSK’s home state, Tamil Nadu. During the recent festive season, the company launched a range of ethnic wear brands such as Pothys, Nalli’s, Chennai Silks, Ramraj cotton among many others.

The steps taken by the company to meet the cultural and fashion needs of the natives of the region have helped in building strong brand salience and strengthening customer relationships. The CSK Partnership will further push Myntra’s efforts as the leading fashion and lifestyle destination of India. 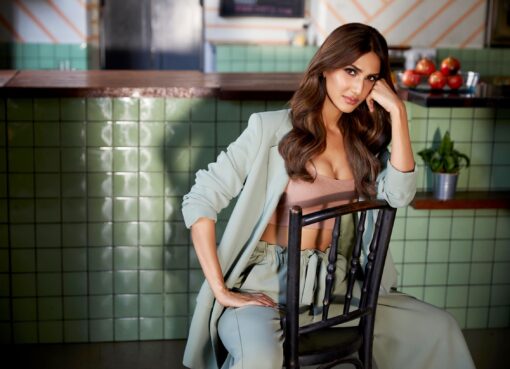 ‘Fashion to me is exploring your individuality’, says Vaani Kapoor as she becomes first brand ambassador for ‘Mango’

Spanish fashion brand, Mango, along with its franchise partner, Myntra, announces its association with Bollywood sensation, Vaani Kapoor, as its first brand ambassador in the country. The actress’ fir
Read More