One of the fittest actress in the Bollywood, Taapsee Pannu has beautifully crafted a niche for herself in rich content driven and commercial films. She is one of the most promising actresses in the entertainment industry.

It won’t be wrong to call Taapsee one of the busiest actresses in current times, and her latest work schedule is proof. She has recently wrapped up the first shooting schedule of the sports drama ‘Rashmi Rocket’, and now she is busy with the filming of her next project ‘Looop Lapeta’. The diva announced the same on her social media handle Instagram. Taapsee had undergone rigorous training for her role as an athlete in the film ‘Rashmi Rocket’, and its proof is available on her Instagram account.

The ‘Pink’ fame star on Monday took to the photo-sharing app and revealed about the time when she was sensitive to the dairy products. She also talked about how she has overcome her sensitivity towards such products. Taapsee also told how nutritionist Munmun Ganeriwal’s ‘holistic health’ programme did magic to her. She shared that now her diet for ‘Rashmi Rocket’ includes ghee, curd, and buttermilk. Along with the post, the ‘Badla’ actress shared a photograph of herself sitting in a gym and she can be seen drinking a protein shake.

“There was once a time when I was really sensitive to dairy. The Punjabi me inherently loved dahi and lassi, but I kept avoiding them for a long time. Once I started working with @munmun.Ganeriwal few years back, her ways of holistic health began to work like magic. In a few months, my gut health had restored. Today my diet for #RashmiRocket as she plans, consists not only of ghee, curd, buttermilk but both my protein shakes (whey and casein) are dairy based too! A healthy gut, clearly is the foundation of great fitness. As @munmun.ganeriwal rightly says, a strong gut = a fit body,” Taapsee said in her post.

Taapsee’s post garnered more than one lakh likes. Her beau Mathias Boe dropped a heart emoticon in the comment section. The actress also shared some glimpses of her training along with her trainer for ‘Rashmi Rocket’ as her Instagram story. 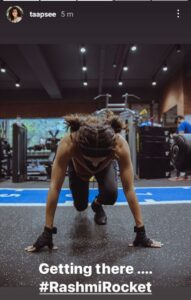 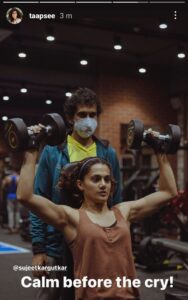 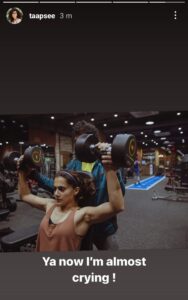 ‘Rashmi Rocket’ chronicles the story of a girl Rashmi and her journey from a tiny village to athletic contests. Directed by Akarsh Khurana and co-produced by Ronnie Screwvala, Neha Anand, and Pranjal Khandhdiya, the sports-drama is expected to release sometime in 2021.

Whether it is Rumi in ‘Manmarziyaan’ or Rani in ‘Haseen Dillruba’, Kanika Dhillon and Taapsee Pannu have made headlines as a powerful writer-actor duo. While both characters were memorable and much ta
Read More 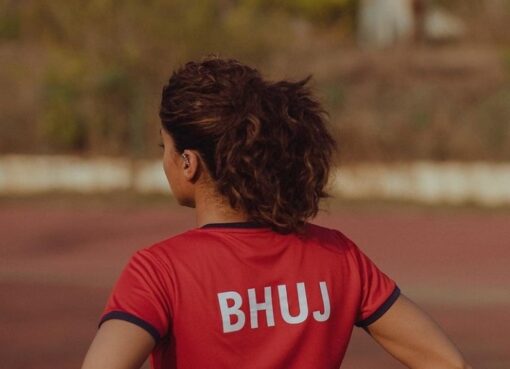 Taapsee Pannu jets off to ‘next stop’ Bhuj with Abhishek Banerjee, Priyanshu Painyuli for last schedule of ‘Rashmi Rocket’

Actress Taapsee Pannu who will be seen playing the role of an athlete in upcoming sports drama ‘Rashmi Rocket’, on Saturday jetted off to Bhuj for the last schedule of the film. Taapsee has left no st
Read More 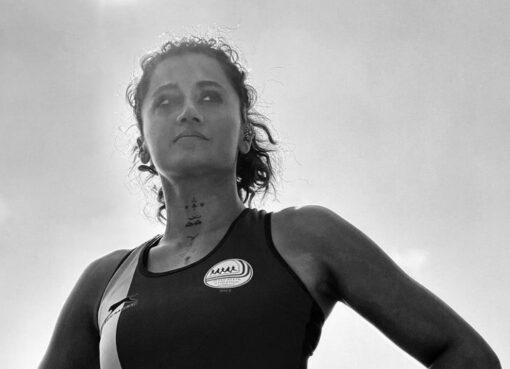