Nushrratt Bharuccha has been gracing the headlines for her fabulous performance in ‘Ajeeb Daastaans’ ‘Khilauna’. The actress’ de-glam role has been hugely appreciated by the audience and critics alike.

Taking to her social media on Monday, Nushrratt shared some BTS pictures from the shoot, and penned down a heartfelt note in the caption, expressing her gratitude for all the amazing response she has been getting for the film. She wrote, “Ajeeb Daastaans’ Khilauna has been such a special and satisfying journey for me. A big big thank you to everyone who’s watched it. I am filled with gratitude towards the response I have been receiving for portraying Meenal’s character.”

Thanking her director and production house, Nushrratt wrote, “I must really thank my director @raj_a_mehta for thinking of casting me in this role & showing faith and belief in me. Raj, I’ve had a blast with you on set every single day. @dharmaticent has pushed the envelope yet again, and this time with these dark stories. It’s incredible that such talented bunch of writers and directors got a chance to put such amazing stories out there….and that brings me to the writer of the film- @sumit.saxena.35912 whose wacked brain churns unbelievable stories. Keep at it my friend, I am looking forward to doing more stuff with you.”

She further adds, “@castingchhabra , I have known you for such a long time now and I’m so glad that Khilauna is a part of our journey together. This will truly be the one to be remembered forever.”

She also expressed her gratitude towards her co-stars Abhishek Verma and Inayat. She wrote, “@nowitsabhi you’ve been such a blessing in this journey. If it wasn’t for you, I don’t know who would I have shared my thoughts with, read lines to over and over again and improvised with to add those nuances. Can’t thank you enough for being such a strong pillar. @inayatverma22 , my darling little child, I love you so so much. I cannot wait to meet you and work with you again. You have absolutely opened my eyes to so many more possibilities. You are a Rockstar of a talent. Bless you my cutie!”

With ‘Ajeeb Daastaans’, Nushrratt has proved her capability as a performer and her versatility. ‘Khilauna’ was her first thriller movies, and she aced it wonderfully. It is quite a celebratory time for the actress, who has given two fantastic performance back-to-back, first with ‘Chhalaang’, then ‘Ajeeb Daastaans’.

She also has, ‘Chhorii’, ‘Ram Setu’ and ‘Hurdang’ in the pipeline. 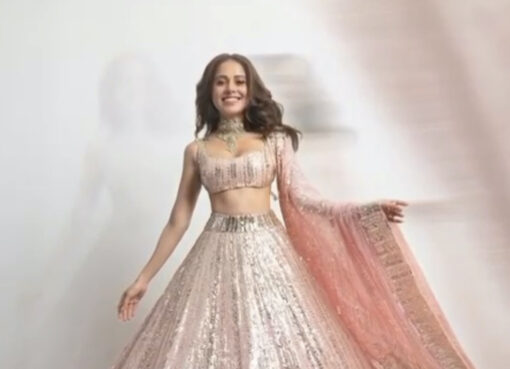 Nushrratt Bharuccha in this dreamy Indian attire, is sure to cast a spell on you; Check OUT

Nushrratt Bharuccha has always stunned us with her diversity, looking good in anything whether it’s for her varied characters in films like ‘Chhalaang’ and ‘Ajeebb Daastaans’, or her mesmerising fashi
Read More 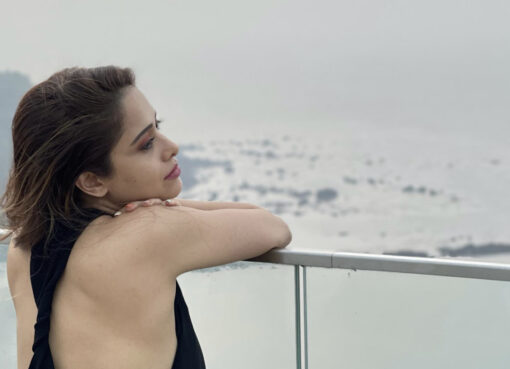 Nushrratt Bharuccha’s one of the ‘favourite things’ is ‘watching sunrise’; Take a Look!

Nushrratt Bharuccha is one of the most promising actresses in the entertainment industry. She has beautifully crafted a niche for herself in rich content driven and commercial films.  Despite being ju
Read More