India’s power couple Anushka Sharma and Virat Kohli became parents to a baby girl on Monday, and the duo have made a strong appeal to paparazzi to not click their daughter’s picture, as they want to protect her privacy.

On Wednesday, Anushka and Virat have sent a note to the paparazzi fraternity in Mumbai, in which they appealed them to refrain from taking pictures of their newly born daughter. Even when on Monday Virat announced the birth of his first child, he had said in an official statement that, “Anushka and the baby are both healthy and we are feeling beyond blessed to start this new chapter of our lives. We hope that you can respect our privacy at this time.”

And now today, Virushka issued another statement to the paps. In the statement, Anushka and Virat said, “Hi, Thank you for all the love that you have given us for all these years. We are happy to celebrate this momentous occasion with you. As parents, we have a simple request to make to you. We want to protect the privacy of our child and we need your help and support.“

The couple added, “While, we will always ensure that you get all the content you need featuring us, we would request you to kindly not take or carry any content that has our child. We know that you will understand where we are coming from and we thank you for the same.”

Virat Kohli has taken a paternity leave, after playing the first of a four-match Test series. The couple got married in a private ceremony in Italy in 2017.

On the work front, Anushka was last seen in ‘Zero’ co-starring Shah Rukh Khan and Katrina Kaif. She has also produced horror film ‘Bulbbul’, and crime thriller series ‘Paatal Lok’. She will next produce the drama series ‘Mai’, about a middle-aged housewife fighting crime, for Netflix. Anushka Sharma reveals why she didn’t celebrate her birthday; says ‘Virat & I will do our bit in this hour of crisis’

Bollywood’s one of the most-adored actress Anushka Sharma who has turned 33 yesterday, on Sunday thanked her fans and well wishers for the lovely birthday wishes, and said it just did not feel right t
Read More 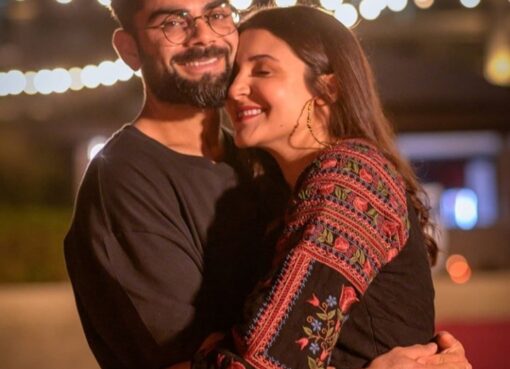 Actress and mommy-to-be Anushka Sharma took the internet world by storm, as she shared some endearing pictures with her husband and Indian skipper Virat Kohli, from his 32nd birthday celebrations in D
Read More