For years, actress Sonam Kapoor has been wowing us with her glamour, attitude and acting skills. A fashion icon and inspiration for many, Sonam has always been quite open about her life choices, decisions and personal life.

On Wednesday, she is celebrating her 36th birthday and the social media is flooded with heartwarming wishes for her. Daughter of actor Anil Kapoor, Sonam began her career as an assistant director on filmmaker Sanjay Leela Bhansali’s 2005 highly acclaimed drama ‘Black’. She made her acting debut in Bhansali’s romantic drama ‘Saawariya’ in 2007.

The ‘Raanjhanaa’ fame actress is among the stars whose style and looks always manage to set a new trend among her fans. The gorgeous diva is among the few who can rock both ethnic wear and western looks with equal panache and grace. Sonam keeps sharing glimpses from her personal and professional life on the social media and her fans love it. The actress rocks every trend like a boss. From the airport to event outings, the actress makes sure to put her best fashion foot forward.

Sonam has managed to win millions of hearts with her impressive line of work, and impeccable acting prowess. Now on her special day, Sonam’s cousin brother Arjun Kapoor took to his Instagram handle and shared an adorable throwback picture with the birthday girl, and penned a sweet note for her.

“Happy birthday @sonamkapoor! Stay kind, stay happy and stay the way you are… I miss you and love you and can’t wait to see you and @anandahuja soon so that we can enjoy @rheakapoor’s cooking & AK (@anilskapoor) stealing bites from our plates while pretending to be on a diet…,” Arjun said in his post.

On the work front, Sonam will be seen next in ‘Blind’. She was last seen in black comedy thriller film ‘AK vs AK’, directed by Vikramaditya Motwane. 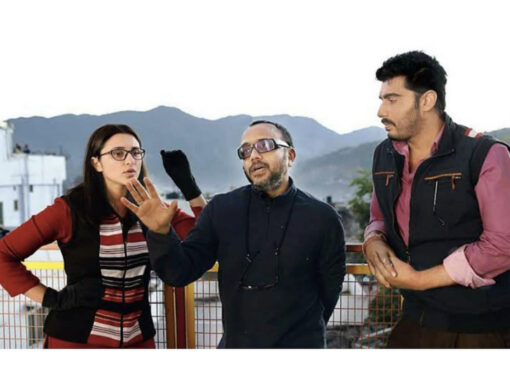 Arjun Kapoor thanks Dibakar Banerjee for ‘Pinky’, says it took his craft to ‘unchartered territories’

Amazon Prime Video had recently presented to its viewers the cinematic delight, ‘Sandeep Aur Pinky Faraar’ (SAPF), and the viewers have rendered heaps of praises for the film and the same goes for the
Read More Arjun Kapoor is happy that June begins; Can you guess WHY? Amazon Prime Video presented to its viewers the cinematic delight, ‘Sandeep Aur Pinky Faraar’ on May 20. The viewers have rendered heaps of praises for the film and the same goes for the critics.  The
Read More