Ayushmann who is currently in Chandigarh, shooting for romantic comedy drama ‘Chandigarh Kare Aashiqui’, today announced his new film. In the selfie, we can see the actor posing with the script of ‘Doctor G’. Ayushmann also shared details of his film which is being directed by Anubhuti Kashyap.

The actor will be seen playing a doctor in the movie. Along with the photograph, Ayushmann wrote, “Opening soon for consultation.#DoctorG”.

Ayushmann’s post garnered more than one lakh likes, and his wife Tahira Kashyap wrote, “On a roll ji ji!” His fans are left excited for his new look and the movie, and one user wrote, “Curious title”. One also commented, “Playing gynaecologist character right?”

‘Doctor G’ is a campus comedy-drama written by Sumit Saxena, Vishal Wagh and Saurabh Bharat. The movie will be bankrolled by Junglee Pictures. After films like ‘Bareilly Ki Barfi’ and ‘Badhaai Ho’, this is Ayushmann’s third collaboration with Junglee Pictures. I have taken my learnings from doing theatre: Ayushmann Khurrana

Young Bollywood star Ayushmann Khurrana, who has become the poster boy of content cinema in India, feels street theatre played an invaluable hand in shaping the artist he is today! Ayushmann did serio
Read More 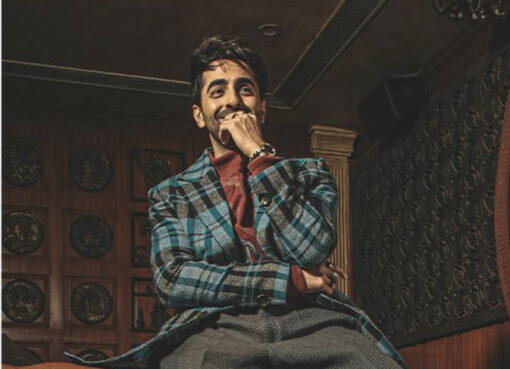 I tell stories that are essentially rooted in the Indian microcosm: Ayushmann Khurrana

Young Bollywood star Ayushmann Khurrana is being celebrated globally as his body of work, comprising social entertainers, have triggered important conversations in India and about India. Ayushmann is
Read More Here’s looking at 4 most experimental stars on the block!

Fashion is all about art and experiment. From showcasing the mood with colours to making a statement in solid prints, our leading stars know how to let their style do all the talking! As we celebrate
Read More