The versatile and gorgeous actress of the tinsel world, Alia Bhatt is celebrating her 28th birthday on Monday, and her ‘Udta Punjab’ co-star Kareena Kapoor Khan has sent a lovely birthday wish for the diva.

The social media is flooded with heartwarming birthday wishes for the versatile actress, and the Bollywood fraternity is also sending their love to one of the most adored actress of the industry.

Alia is ruling millions of hearts with her charming persona and flawless performances on the silver screen. The diva has paved her way to success in the Bollywood with her dedication towards the craft and her versatility. Apart from her acting adroitness, the ‘Gully Boy’ fame star enjoys a massive fanbase on the social media, with 51.2 million followers on Instagram.

Kareena took to her Instagram story and shared a monochromatic click of Alia, with a heartwarming birthday wish. The ‘Jab We Met’ star wrote, “Happy birthday superstar. Continue to shine like no one can”, followed by red heart emojis.

Take a look at Kareena’s birthday wish for Alia Bhatt- 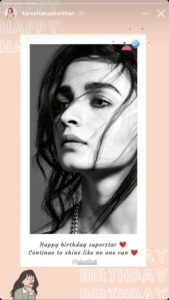 Alia welcomed her 28th year with a bang last night, as filmmaker Karan Johar hosted a party at his residence for the birthday girl. Though Alia’s boyfriend Ranbir Kapoor was missing from the bash as he has contracted coronavirus and is in self-isolation, Deepika Padukone, Ranveer Singh, Arjun Kapoor, Malaika Arora, Aditya Roy Kapur, Ayan Mukerji and Shah Rukh Khan’s son Aryan Khan were present in the party. 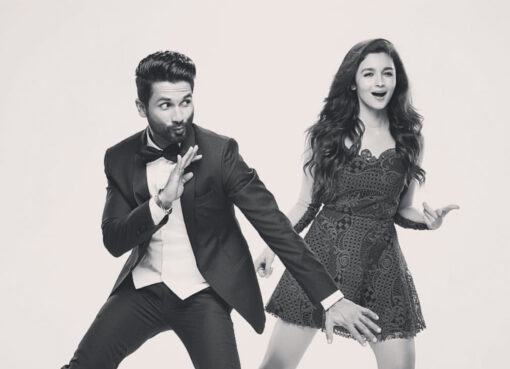