Fashionista Disha Patani never fails to grab our attention with her stunning photos. She leaves no chance to make her fans awestruck with her stylish looks. Disha has been one of the most sought after actress in Bollywood who has proved her mettle in the industry.

Disha has won hearts with her versatility, and stunning looks. The diva has been making quite a lot of buzz lately. The actress is known for her impeccable fashion sense, utter beauty and also dishes out massive fitness inspiration on social media with her workout videos. She leaves her fans impressed with her gym clips, and often sends the internet into a meltdown with her amazing posts.

She often shares funny and goofy photos of herself on the Instagram account, sending the fans into a frenzy. There is no second doubt that the ‘Baaghi 2’ star never fails to impress us whenever she posts something on the social media. Disha will be seen sharing screen space with Arjun Kapoor, John Abraham, and Tara Sutaria in ‘Ek Villain Returns’, the sequel to Mohit Suri’s 2014 film ‘Ek Villain’.

Sharing an update on the movie, Disha took to her Instagram handle on Monday, and posted a picture announcing that she has kick-started the shooting of ‘Ek Villain Returns’. In the photo, the ‘Malang’ fame diva can be seen posing with her back towards the camera. The still has been clicked in her vanity van and Disha is seen donning a black sweatshirt with the film’s name on it, and a shorts. Her hair is full of rollers, and it seems she is gearing up for her shots.

Showing a victory sign, Disha captioned the photo as, “And here we go #ekvillainreturns @mohitsuri @balajimotionpictures”. Her post has garnered more than five lakh likes, and her rumoured boyfriend Tiger Shroff commented on Disha’s post and wrote, “All the best villain”, followed by a fire emoji.

‘Ek Villain Returns’ is being produced by Bhushan Kumar and Ekta Kapoor. The prequel which was titled as ‘Ek Villain’ starred Shraddha Kapoor, Sidharth Malhotra and Riteish Deshmukh in the lead roles. The film is slated to hit the theatres on February 11, 2022.

On the professional front, Disha was last seen in Mohit Suri’s ‘Malang’ opposite Aditya Roy Kapur. She will be next seen in Salman Khan’s ‘Radhe: Your Most Wanted Bhai’. 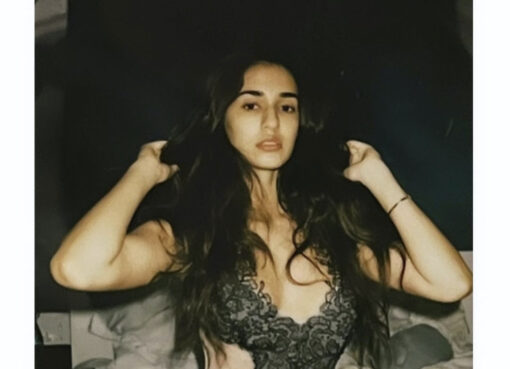 The stunner Disha Patani is one of the most captivating beauties of Bollywood. The actress has been winning hearts on social media courtesy of her alluring photos. Disha never fails to grab attention
Read More 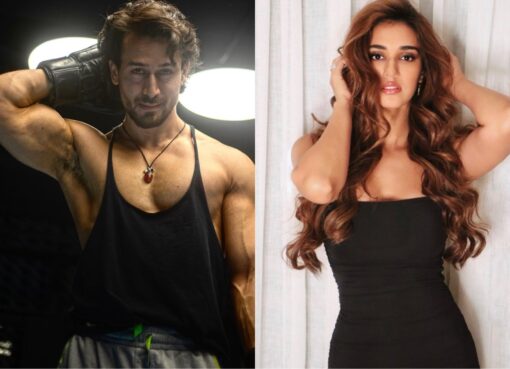 Tiger Shroff is known for his acting but ever since his debut, he has been expanding his horizons. He has outshined himself in performing action, mesmerised us with dancing and singing. Over the years
Read More