Director, producer and choreographer Farah Khan is an avid social media user and has our hearts every time she drops stunning pictures of her children, husband, throwback memories, projects and so on.

Keeping up with trajectory, the ‘Om Shanti Om’ director on Tuesday shared a major throwback picture on her Instagram handle. Farah told that the picture was taken post Filmfare awards in 1998. It features Shah Rukh Khan, Kareena Kapoor, Karisma Kapoor, Tabu, Karan Johar, Babita, along with Farah. The candid picture from the past is a treat to watch, and the ace filmmaker has described it precisely.

She said that Shahrukh and Karisma had won awards for ‘Dil To Pagal Hai’. Farah also revealed that she and Tabu had won for ‘Viraasat’. She told that Kareena did not stepped into Bollywood at that time. “This is a throwback ka throwback photo!! I think it was post filmfare awards 1998.. @iamsrk n @therealkarismakapoor had won for #diltohpaagalhai .. @tabutiful n i had won for #viraasat .. @kareenakapoorkhan wasn’t even in the movies as yet.. @karanjohar n me as usual were doing filmy poses. @khalidmohamed9487 was editor n main man ! #babita aunty the proud mama n @jiteshpillaai who is now editor n Shahrukh s erstwhile secretary Anwar are also there .. #howyoungwerewe”, Farah said in her post.

Kareena reposted the same picture on her Instagram story and wrote, “What a gem of a picture Farah. Thank you for sharing this”, with a heart emoticon. 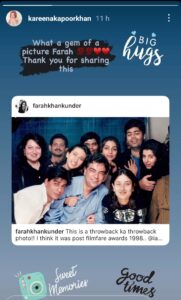 On the professional front, she has last produced crime thriller film ‘Mrs Serial Killer’, which is written and directed by her husband Shirish Kunder. Karisma Kapoor is in the mood for ‘camping’, shares striking PIC clicked by Amrita Arora

If there is one actress who is leaving no chance to make her fans gush about her stunning photos, it is the gorgeous Karisma Kapoor. The beautiful 90’s diva, who is very active on social media, often
Read More 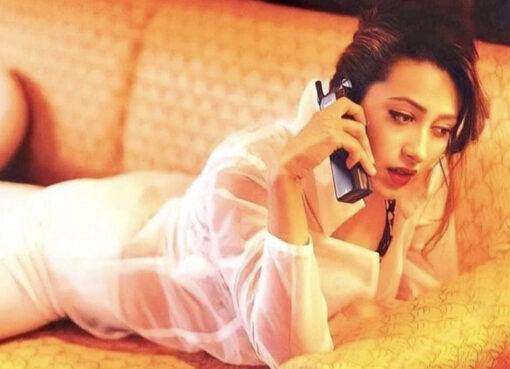 Karisma Kapoor shares a glimpse of her ‘mood during the past year’ in ‘Flashback Friday’ post! 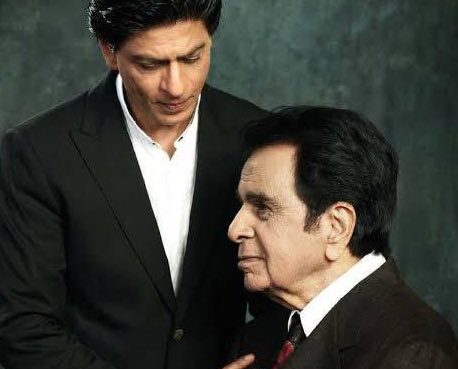 Shah Rukh Khan pens adorable birthday wish for Dilip Kumar, says he ‘inspired the world by just being himself’

Actor and philanthropist, Dilip Kumar, best known for his work in the Hindi cinema and often referred as ‘The Tragedy King’ and ‘The First Khan’, on Friday has turned 98. Dilip Kumar has been credited
Read More