What looks like two years of not seeing Allu Sirish on the screen after his last film, ‘ABCD’ is like an eternity for his fans who were waiting to witness his charismatic presence again. After featuring in a Hindi single, ‘Vilayati Sharaab’ that crossed 100 million views, Allu Sirish has now announced his upcoming film ‘Prema Kadanta’.

The film will see Allu Sirish alongside Anu Emmanuel as the lead duo. The first look that released on Sunday had two posters featuring the lead pair in a candid-romantic spectacle. Both Sirish and Anu look so good together and manage to set the mood romantic with the first-look posters. Soon after the release of these posters #, PremaKadanta was on trending of Twitter just like #AlluSirish, #AlluAravind and #Sirish6 were trending post the reveal of pre-look.

Today, on the occasion of Allu Sirish’s birthday the first look of his sixth film has been presented by him as a gift for fans who have been keeping an eye out for announcements from the actor. Allu Sirish is the pioneer of this new trend of two pre-look posters for a film and audiences have shown so much interest.

Fans and audiences have shown an abundance of love for Allu Sirish, Anu Emmanuel and the film, ‘Prema Kadanta’ and are awaiting further details about the release. Directed by Rakesh Sashimi, the film is being produced by GA2 Pictures and presented by Allu Aravind in association with Shri Tirumala Production Pvt Ltd. 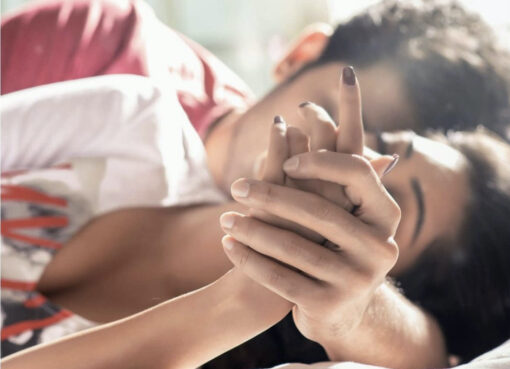 After recently releasing a pre-look of his upcoming movie, Allu Sirish has surprised his fans by raising their curiosity further with a second pre-look on Saturday. The first pre-look had managed to r
Read More Allu Sirish is ‘excited’ to announce his next film, shares a pre-look poster with Anu Emmanuel

Actor Allu Sirish on Thursday released the pre-look of his next movie, starring Anu Emmanuel. The intense romantic poster features the lead couple whose faces haven’t been revealed. Fans, who have bee
Read More