The most sought-after actress in the tinsel town, Alia Bhatt sends the internet into a meltdown on Wednesday, as she unveiled the much-awaited teaser of the forthcoming film ‘Gangubai Kathiawadi’.

‘Gangubai Kathiawadi’ is one of the most talked-about movies of the year. It has been creating a lot of buzz, ever since its inception. The biopic has been helmed by Sanjay Leela Bhansali. This is for the first time that Alia will be collaborating with the ace filmmaker.

The powerhouse actress Alia plays the titular role-which is based on the ‘Mafia Queens of Mumbai’, Gangubai Kothewali, the madam of a brothel in Kamathipura. Earlier in the day, Alia had released the new poster of the movie, which featured her in a fierce and bold avatar. And now bringing a much rejoice to her fans, the diva has unveiled the teaser of the highly-anticipated movie.

One of the most talented and gorgeous new-age star in the tinsel town, Alia is one such star who is known to go to great lengths in order to get into the skin of her roles. The actor has carved a niche for herself with her choice of movies and spectacular acting skills. Her versatility game is always on point and it is a treat to watch her on the silver screen as she always has something new to present on the table.

The teaser describes the journey of a young girl Gangu who was brought in Kamathipura and was made to accept her destiny and circumstances, but later changes it by becoming Gangubai- ‘the queen of Kamathipura’. Gangu is represented as the source of light in Kamathipura, who can be heard saying, “Gangu chand thi, aur chand hi rahegi”. The ‘Gully Boy’ fame diva holds our attention and breath from the start where she is seen as a sex worker, till the end when Gangubai is being elected as the President of Kamathipura.

With powerful dialogue delivery, strong and magical background score and a power-packed storyline, the flick promises to be an interesting project of the filmmaker and Alia as well.

Sharing the teaser, Alia also penned a sweet birthday wish for the ace filmmaker. “Gangubai Kathiawadi Teaser Happy Birthday Sir.. I can think of no better way to celebrate you and your birthday Presenting a part of my heart & soul. Meet .. Gangu,” Alia said in her post.

Filmmaker Karan Johar lauded the teaser of ‘Gangubai Kathiawadi’ and wrote, “With @aliaabhatt and #SanjayLeelaBhansali working together, it’s bound to be magical…. What a brilliant teaser! Super super proud of you baby girl! Can’t wait to see this on the big screen!”

On the work front, Alia will be seen next in Ayan Mukerji’s ‘Brahmastra’, along with Ranbir Kapoor. The movie also stars Amitabh Bachchan. The 27-year-old star will also feature in ‘RRR’ and ‘Takht’. Alia Bhatt turns mermaid as she shares underwater PIC in a bikini, calls it ‘the best day’

If there is one star in Bollywood who has managed to become a youth icon for many owing to her style and candour, it is Alia Bhatt. One of the most talented and beautiful new-age actress in the tinsel
Read More 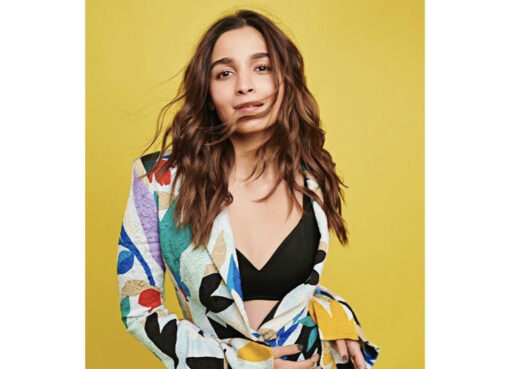