Of all art forms, music is the one that speaks to us on a subliminal level. It nourishes the mind and body, acts as a therapy, comforts the troubled souls and even introduces a new world to us depending on its place of origin. It has long been a part of our culture, so much so that the world recognises Bollywood for its music and dance.

In the past three decades, our music has undergone a rapid change. From indie pop, mainstream music to non-film music, the music  of the current era is largely different from what it used to be 30 years back. Different musicians have become a part of our films and have served flavourful music.

Let’s take a look at four such singers whose music acts as the food for the soul.

Prateek’s arrival in the indie music scene was a welcome change, the singer – songwriter touched the raw nerve of the listeners with his melodies, his impeccable sense of what would work with the audience has made him one of the most followed musicians in India.

Jasleen’s foray into music has been a blessing for the connoisseurs of the craft. The singer – composer made a splash when she won the award for Best Song at the  MTV video music awards. She soon won the audience over with her music and entered Bollywood with the Sonam Kapoor and Fawad Khan starrer ‘Khoobsurat’ and she hasn’t looked back since then. All her songs turn out to be chartbusters and linger on people’s minds thereby having its signature after – taste. Her music comes straight from the heart, that’s the reason it connects with so many people, at large.

Armaan is a singer who has made people fall in love with his music. His ability to infuse emotions in the melodies strikes a chord with the audience which gradually grow on their minds. His songs in films like MS Dhoni – The Untold Story, Baar Baar Dekho, Kapoor & Sons, Tumhaari Sulu and Chef have earned him a humongous fandom.

And finally, we have Lisa Mishra, the Indian – American singer who’s known for her live wire performances. Lisa’s claim to fame was the reprise version of ‘Tareefan’ from ‘Veere Di Wedding’. Since then, the singer has gone on to croon some highly successful songs in films like Good Newwz, The Sky Is Pink and Judgementall Hai Kya. 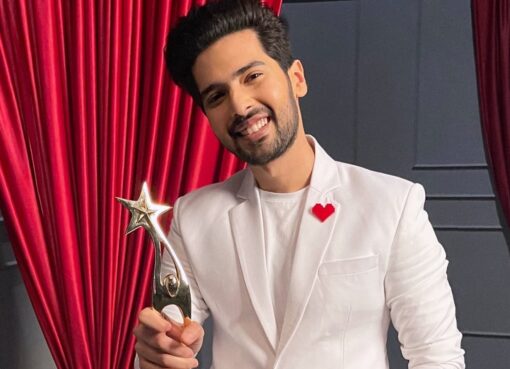 Prepared to regale listeners with a promising bunch of songs, India’s very own Prince Of Pop Armaan Malik won-Best Playback Singer (Male) at SIIMA for ‘Butta Bomma’ from the Allu Arjun-starrer ‘
Read More