Veteran choreographer Shiamak Davar had two of the best dancers of the industry Hrithik Roshan and Aishwarya Rai Bachchan in Yash Raj Films’ blockbuster ‘Dhoom 2’ and he created magic with them.

The choreography of the film became a rage of the nation and the dance sequences became a benchmark in India as the coolest songs that audiences have ever seen.“In Dhoom: 2, I had Aishwarya Rai and Hrithik Roshan. Being probably the coolest dancers ever, it wasn’t very difficult for me to make them look cool because they are cool and I love the fact that I was given a chance to work. I’m very grateful that people find it like a benchmark in the industry for dance. I think I owe a lot to my dancers because when your dancers and the stars look good, then I as a choreographer look good,” says Shiamak, on the 14th anniversary of ‘Dhoom 2’.

Recounting his experience of choreographing two of the most good-looking superstars, Hrithik and Ash, who are also phenomenal dancers, Shiamak says, “You see I’d worked with Aishwarya in ‘Taal’ and before she became Miss World  and I’d worked with her already in a Sufi jazz piece, so she was already quite close to understanding my style and delivering it really well. Hrithik was very new to what I do, but the best part about Hrithik was that he is just so natural and my kind of style on him worked so well.”

He adds, “I think he was also quite excited with the fact that he could do such a different, unusual kind of work from what he was normally doing which is a very strong Bollywood dance. Suddenly, we were to put a little bit of jazz and contemporary. It was quite a thought process to see him and Aishwarya interpret the song. I was very, very happy that they both did a good job. I was very proud of them because when they both came in together, it was electrifying!”

‘Dhoom 2’ dance numbers still resonates with the youth. Ask Shiamak why he thinks it has transcended time and he says, “The reason it resonates with the youth today is because the movements are still very current and fresh. I think the choreography which I did was anyway something very unique and not very regular, even for that time.”

Anmol Thakeria opens up on being inspired by Hrithik Roshan to be an actor!

Hrithik Roshan has been one of the biggest inspirations for many young actors. With many newcomers opening up on how they wanted to be like Hrithik, another one has joined the list. ‘Tuesdays & Fr
Read More

Hrithik Roshan has made constant contributions during the time when the country is at war with Covid-19. Now, the superstar has yet again made a significant contribution of masks to ‘I Love Mumbai’ Fo
Read More 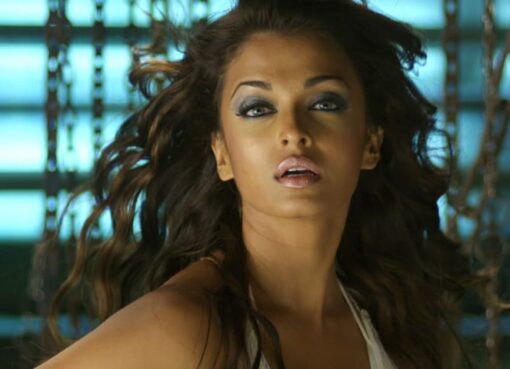