Bollywood actor Shahid Kapoor has won a million of hearts with his impeccable acting skills and dapper looks. The ‘Jab We Met’ star has proved his versatility time and again and it is always a delight to watch him on the silver screen, as he always has something new to present on the table.

One of the most sought after actor in Bollywood, Shahid has carved a niche for himself with his choice of movies and spectacular acting skills. A popular Bollywood celebrity, Shahid has a significant following on Twitter and Instagram. Considered one of the most attractive male celebrities in India, the ‘Kabir Singh’ fame actor is an avid social media user, and keeps his fans and admirers entertained with the updates of his personal and professional life.

Shahid often shares selfies, romantic pictures with his beautiful wife Mira Rajput, and photos of his toned physique on the Instagram, leaving everyone awestruck. Besides his acting prowess, the handsome hunk enjoys a massive fan following on social media and often steals his fan’s hearts with the stunning pictures.

Shahid has been making quite the mark when it comes to his work. While he’s always been on the toes with that, it’s his style and attitude that has almost always caught our eyes. The handsome hunk is also a bike aficionado and his house if full of expensive two-wheelers. Shahid’s bike collection is impressive enough to turn petrol-heads green with envy.

The ‘Batti Gul Meter Chalu’ fame actor on Thursday has turned 40. Shahid was born in New Delhi on February 25, 1981 to actors Pankaj Kapur and Neelima Azeem. After his parent’s divorce, Shahid’s mother Neelima married the actor Rajesh Khattar. He has a maternal half-brother, Ishaan, from his mother’s marriage to Khattar.

And now on this special occasion his younger brother Ishaan Khatter showered love on Shahid. Ishaan and Shahid share a very warm and special bond with each other, and their social media account is a proof to it. Ishaan took to his Instagram handle and shared a priceless throwback picture, featuring then and now version of the brothers.

A collage shared by Ishaan shows childhood picture of the ’Dhadak’ actor and Shahid is seen holding him in his arms. The two are smiling gleefully for the camera. The second photo shows the duo posing for a shoot and smiling at each other, while holding each other’s arms.

Take a look at Ishaan’s birthday wish for Shahid-

On the professional front, Shahid will be next seen in ‘Jersey’, which is a Hindi remake of a Telugu film with the same name, and also features Pankaj Kapur and Sharad Kelkar in a pivotal role. Shahid will be seen playing the character named Arjun Raichand. 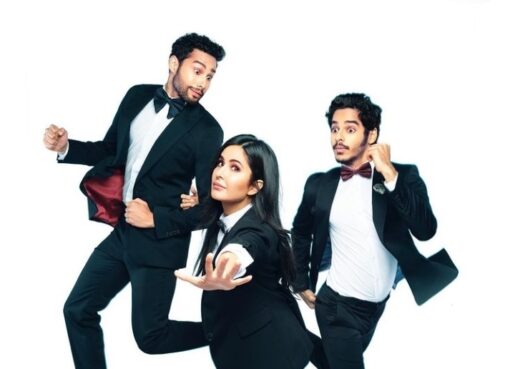 Marking his debut with Majid Majidi’s ‘Beyond The Clouds’, Ishaan Khatter is paving his way to success in the tinsel town, and has become one of the most promising newbie. Ishaan is winning millions o
Read More 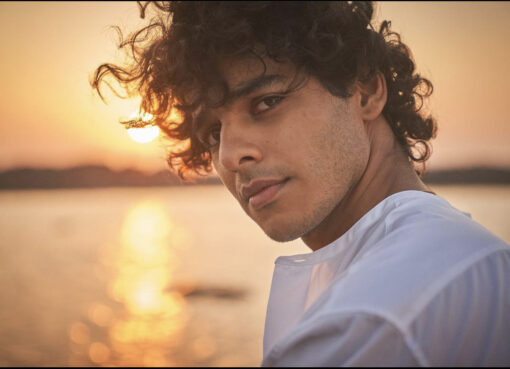 Ishaan Khatter lets his eyes do all the talking in a mesmerising photo, says ‘Let the light in

One of the most promising newcomers in the tinsel town Ishaan Khatter is making sure to prove his worth in the industry with his back to back movie. While the actor is acing at his work front, he alwa
Read More