Bollywood’s ‘Queen’ Kangana Ranaut has beautifully crafted a niche for herself in the rich content-driven and commercial films. A self-made actor, Kangana has worked her way up through sheer talent and dedication, and she has been hailed for her scintillating screen presence.

Kangana is one of the most flawless actresses in the entertainment industry, and her impressive body of work proves the same. With an impressive career spanning over 15 years, Kangana continues to be at the top of her game and excels remarkably in all facets.

On Monday, she had won the fourth National Award for her films ‘Panga’ and ‘Manikarnika: The Queen of Jhansi’. She had previously won National Awards for ‘Queen’, ‘Fashion’, and ‘Tanu Weds Manu Returns’.

On Tuesday the diva is celebrating her 34th birthday. Born on March 23, 1987 at Bhambla, a small town in the Mandi district of Himachal Pradesh, Kangana at the age of 16 took up modelling for a brief period of time. After being trained under theatre director Arvind Gaur, Ranaut made her debut in the 2006 thriller ‘Gangster’, for which she was awarded the Filmfare Award for Best Female Debut. She also received praise for portraying emotionally intense characters in the dramas ‘Woh Lamhe’ (2006), ‘Life in a… Metro’ (2007) and ‘Fashion’ (2008).

On the occasion of her birthday, Kangana took to the social media and penned an inspiriting note for the young girls. “They said a woman has a shelf life, this world only values young sweet 16 type girls with no brains, mature and wise woman can only belong to a household to a man who can give them a surname. They said many things it made me anxious, what will happen to me, where will I go,” the actress said.

“Today I turned 34, they never told me,I will be at the peak of my career at 34, I will be celebrated for my art and my experience will be valued and my age or marital status would mean nothing to anyone,I feel like a super human loaded with exceptional experience about skills I find certain ease with my body does not matter if I am too fat/too skinny,I like being sensual and feel at ease with my sexuality, I don’t get flustered with pimples or periods and no one has the power to make me feel bad about myself, they never told me,” says Kangana.

“Fine lines and beginning of grey hair would look so soothing, it will enhance my character and and strength will become my beauty. So let me tell all you girls out there. It’s beautiful at 34 world looks super gorgeous from this view. Thanks to my mother who gave me birth,” she added. 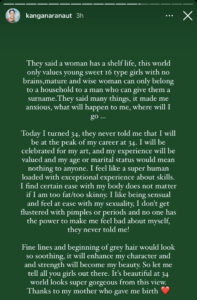 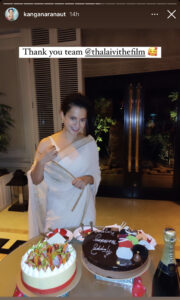 On the work front, she will be seen in the upcoming multilingual biographical film ‘Thalaivi’, based on the life of legendary politician J Jayalalithaa. The trailer of the flick was unveiled today on the occasion of Kangana’s birthday.

Directed by A L Vijay, the film is produced by Vishnu Vardhan Induri and Shailesh R Singh under their respective banners Vibri Media, Karma Media And Entertainment in association with Gothic Entertainment and Sprint films. It is set to release in cinemas on April 23rd.

Kangana will be also seen in a badass action avatar in ‘Dhaakad’, helmed by Razneesh Ghai. The actress will also feature in ‘Tejas’. 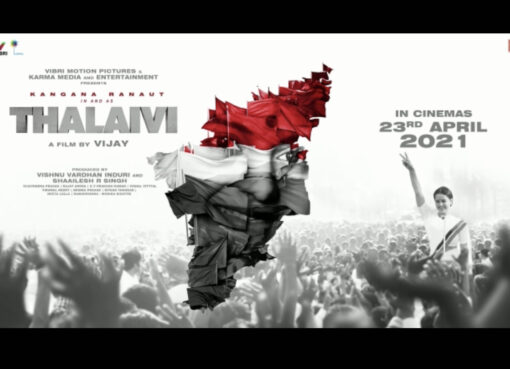 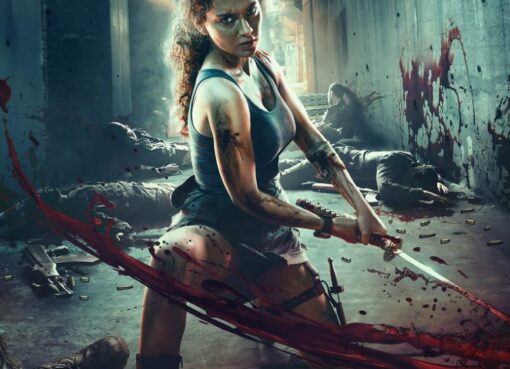