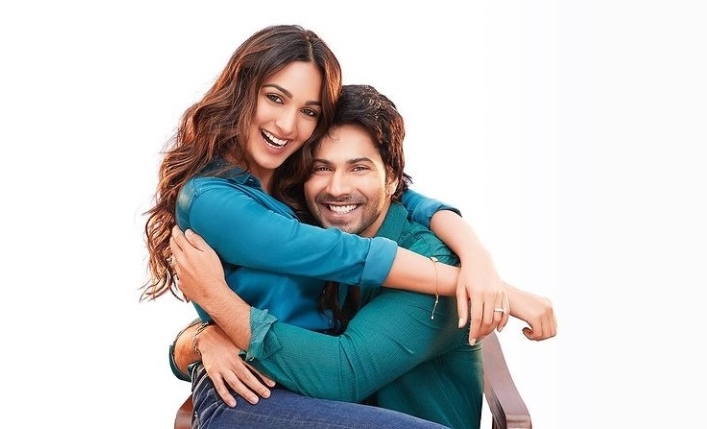 Winning the hearts of the millions with her flawless performances in movies like ‘Kabir Singh’, ‘M.S. Dhoni: The Untold Story’ and ‘Good Newwz’, Kiara Advani is one of the most promising actress in the Bollywood.

Kiara is a fashion force to reckon with. She has not only stunned us with her exceptional talent and fantastic dance moves, her sartorial choices are also a hit among her fans. She is very popular on Instagram for her relatable lifestyle and chic style. With 16 million followers on the social media platform, the actress always gives a sneak peek into her daily life. Besides her acting prowess, the elegant diva often steals her fan’s hearts with her stunning pictures.

Kiara who was currently shooting for her upcoming film ‘Jug Jugg Jeeyo’ in Chandigarh, on Monday announced the schedule wrap. The stunning actress took to her Instagram story today and shared a picture with her team and said, “Nothing without them. Best team. #JugJuggJeeyo schedule wrap”, with a heart emoticon.

Kiara is seen dressed in a salwar suit and a black jacket, and also she did not forget to put the face mask on. She is seen posing in the centre, with her team members on both the sides. 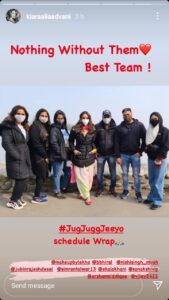 Few days back, veteran actress Neetu Kapoor who also plays a pivotal part in the movie, announced her schedule wrap, and shared a photograph with her team. She shared a boomerang video and wrote, “Last day with my #JJJ squad who have become family, will miss them”.

Kiara will be seen romancing Varun Dhawan in the movie. It also features Anil Kapoor, Neetu Kapoor and Prajakta Koli. Directed by Raj Mehta, the film is produced by Karan Johar and Apoorva Mehta. 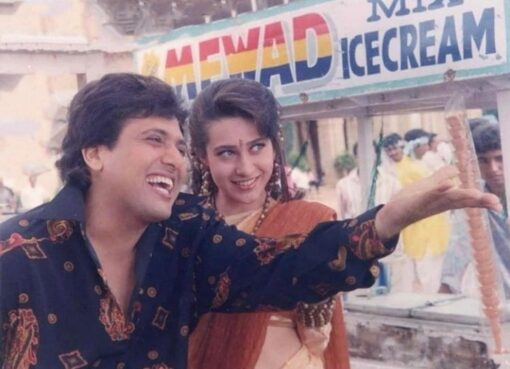 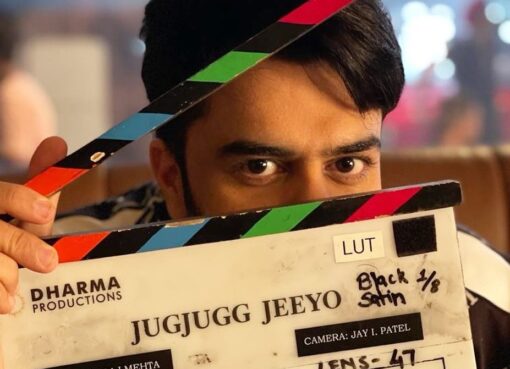 Maniesh Paul returns to the sets of ‘Jug Jugg Jeeyo’: Back to where I belong

After a hiatus of months owing to the second wave of pandemic, the shooting of ‘Jug Jugg Jeeyo’ came to a halt after the cast was diagnosed with Covid-19. Now, as the team of the Raj Mehta directorial
Read More