The most loved diva in the tinsel town Kareena Kapoor Khan is enjoying motherhood for the second time. She welcomed her second son with husband Saif Ali Khan, after Taimur on February 21.

Kareena is an avid social media user, and often share glimpses of her mommy life on Instagram. She leaves her fans updated with whatever is happening in her personal and professional life. Kareena’s pictures are surely something we all look forward to.

Keeping up with the trajectory, the ‘Jab We Met’ fame diva took to the photo-sharing app on Thursday and dropped yet-another beautiful monochromatic click of herself. In the snap, we can see Bebo smiling and looking at someone with admiration in her eyes.

The candid photo shows Kareena lying on a bed, with her hair left open. The actress seems to be gazing at her new born baby. Though the little munchkin is not visible in the photograph, Kareena’s caption says it all.

Kareena captioned the post as, “Can’t stop staring… at him”, followed by a baby and heart emoji. Needless to say the picture has taken the internet by storm, with her massive fan army left in awe of Kareena’s post. The picture has garnered more than three lakh likes.

One user wrote, “Show that cutest to us also”, while the other said, “Motherhood must be heart warming”.

On the occasion of International Women’s Day, Kareena treated her fans with a picture of her newborn little munchkin. Kareena and Saif had met on the sets of ‘Tashan’, which marked the beginning of their love story. The duo had tied the knot in October 2012. Taimur was born in December 2016. Saif also has two children– actor Sara Ali Khan and Ibrahim Ali Khan with ex-wife Amrita Singh. 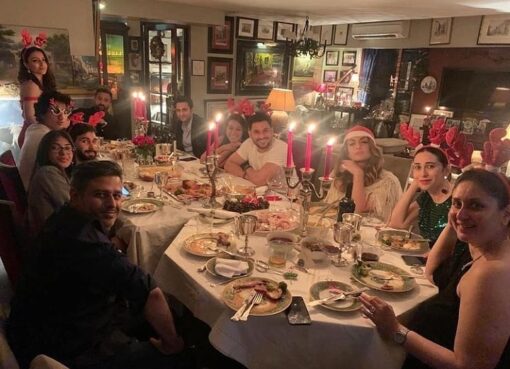 ‘Door to new beginnings’, says Kareena Kapoor Khan as she gives a sneak peek into her new home! 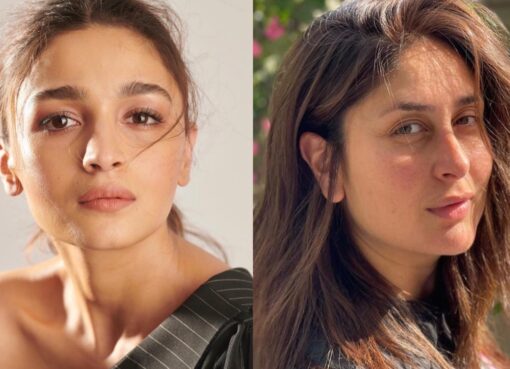 ‘Continue to shine like no one can’, says Kareena Kapoor Khan as she wishes ‘superstar’ Alia Bhatt on her birthday

The versatile and gorgeous actress of the tinsel world, Alia Bhatt is celebrating her 28th birthday on Monday, and her ‘Udta Punjab’ co-star Kareena Kapoor Khan has sent a lovely birthday wish for the
Read More