Following the release of an exciting and fun-filled first look, the upcoming celebrity cooking show ‘Star Vs Food’ is all set to premiere its first episode with the stunning Bollywood diva, Kareena Kapoor Khan on Discovery+, the aggregated real-life entertainment streaming platform.

Under the watchful mentorship of celebrated chef, Sarita Pereira of The Lovefools, Kareena Kapoor Khan tries her hand at whipping up a made-from-scratch gourmet Pizza for a few of her closest friends while getting candid about her love for food and dishing out little-known details about her life.

On the overall result of her stint in the kitchen, she said, “I think I have done a pretty good job like I actually made this from scratch. Of course, with her guidance but it is tasting amazing.”

The ‘Jab We Met’ diva spilt Kapoor families secret and her pregnancy cravings. Kareena, in a conversation with the Chef Sarita spilled the beans about the Kapoor family’s passion for food. She said, “Every time we sit at a table, I feel like we are one of those old Italian family, we are screaming, Koi Kha Raha Hai, we are eating, drinking, laughing because food is something that should bring joy to you.”

Speaking about her particular love for Italian food and her pregnancy cravings, she added, “So, basically like through the pregnancy, I had, it was just like a constant craving of wanting pizzas and pastas. It was just weird throughout, both my boys.”

She revealed that her husband Saif Ali Khan and son Taimur had a great time last year with baking dishes at home. While talking about who oversees the kitchen at her house, she said, “Taimur and Saif love it; they love being in the kitchen and I am kind of the in charge of the music. They like to listen to nice Jazz music.”

Kareena Kapoor Khan will be seen getting in a candid conversation with her friends Tanya, Shibani and Anshuka and opens up about the three things she takes to her bed with a very quirky answer. She said, “A Wine Bottle, Pajamas and Saif Ali Khan.”  She chuckled by adding, “I think it’s the perfect answer, and I am having the hamper.”

Discovery+, which has recently completed its first anniversary, is all set to give audiences the entire scoop with the first look at the gastronomical action, fun, and above all else chaos that will ensue on its new exciting star-spangled cooking show ‘Star vs Food’.

Streaming from April 15th on Discovery+, each week will feature Bollywood personalities Kareena Kapoor Khan, Malaika Arora, Karan Johar, Arjun Kapoor, and Pratik Gandhi. Aptly titled ‘Star vs Food’, the new celebrity cooking show features weekly episodes of stars setting themselves up against the challenge of cooking a meal for their loved ones under the supervision of a professional chef.

On the work front, Kareena will be next seen in ‘Laal Singh Chaddha’ along with Aamir Khan. Bollywood actress Kareena Kapoor Khan who is expecting her second child after Taimur, with actor Saif Ali Khan, always makes heads turn with her impeccable fashion sense. Be it a traditional outfit or
Read More Kareena Kapoor Khan bids adieu to Palampur with a stunning selfie, says ‘What a brilliant experience’

Bollywood’s one of the most beautiful actress Kareena Kapoor Khan is currently expecting her second child, and she has been recently making headlines for her vacation with husband and actor Saif Ali K
Read More 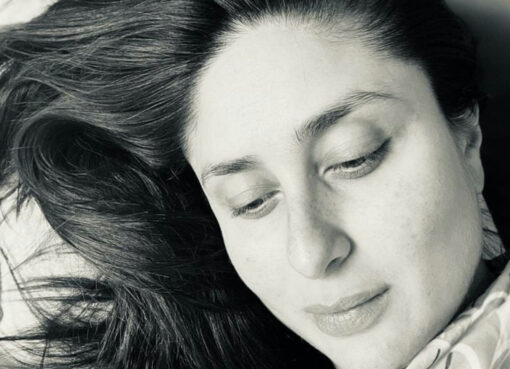 The most loved diva in the tinsel town Kareena Kapoor Khan is enjoying motherhood for the second time. She welcomed her second son with husband Saif Ali Khan, after Taimur on February 21. Kareena is a
Read More