After great anticipation and excitement, Kartik Aaryan has returned to shoot after a hiatus of five months, as he begins the filming of ‘Freddy’. Announcing the same on his social media today, Kartik shared a clapboard image from the set with a heartfelt note for the film.

Against the backdrop of the film set, Kartik shared an image hiding the face with the clapboard while sitting on a table showcasing a bouquet of roses. Expressing his thoughts about the film, Kartik said, “A film that’s been close to my heart, long before it began. Finally he comes to life !! Now shooting #Freddy”.

It’s been hardly a week since Kartik announced joining hands with Ekta Kapoor and Jay Shewakramani for ‘Freddy’, directed by Shashanka Ghosh, and the actor has already began his shoot for the film in the city. On the very next day of the announcement, the actor had set off for the shoot and was spotted at Versova jetty making a stylish heroic entry on his Bullet.

Getting into the skin of his character, Kartik has now offered an insight into his film with the first clapboard image. The actor has even got a haircut for this role and shared the news with the netizens. However the heartthrob is not ready to reveal his look yet, as he’s constantly seen wearing a beanie to hide his hairstyle for his next and in this picture too, he goes undercover. Marking his first dark romantic thriller, Kartik unfolds a new facet of his personality with ‘Freddy’ that has created a huge buzz amongst the audience and the industry alike.

One of the busiest actors in the business currently, Kartik has emerged among the most bankable stars with multiple films lined up with some of the most prominent names in the industry. With a diverse line up of films including his first ever thriller, Ram Madhvani’s ‘Dhamaka’ backed by RSVP, first horror comedy ‘Bhool Bhulaiyaa 2’ backed by Bhushan Kumar’s T-Series, Sajid Nadiadwala’s upcoming grand musical love story, Captain India directed by Hansal Mehta and ‘Freddy’ with Ekta Kapoor, amongst a few unannounced projects Kartik has ventured into varied genres, exhibiting his versatility.

Audience awaits with bated breaths to witness the upcoming steps of the versatile actor diving deep into an interesting sea of projects! 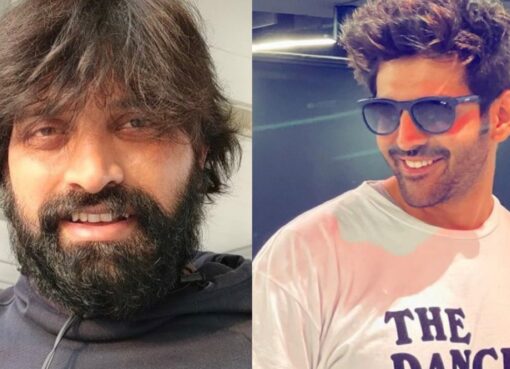 Kartik Aaryan gets a thumbs up from ‘Rowdy Baby’ choreographer; actor wishes to do his ‘moves someday’

Continuing to win hearts with his striking dance moves, Kartik Aaryan has received a special compliment from the original choreographer of ‘Rowdy Baby’ for his viral and sensational dance
Read More 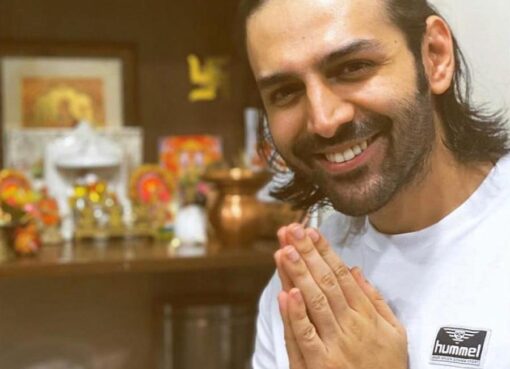 Kartik Aaryan shares pics with his parents as he is all set to begin ‘Dhamaka’; Varun Dhawan wishes luck to actor!

The Bollywood heartthrob Kartik Aaryan announced his upcoming film ‘Dhamaka’ on birthday and later announced begining the same in a week.  Now, the actor on Saturday has shared a post declaring the co
Read More