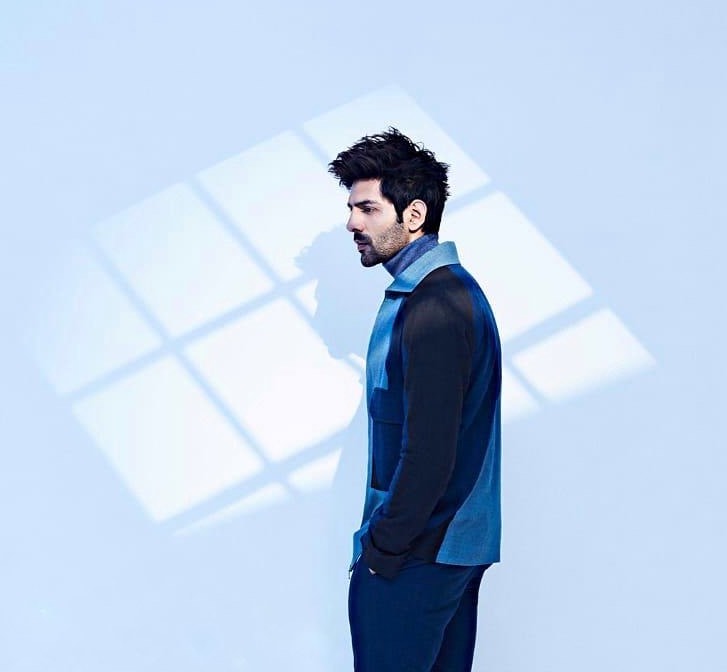 Lighting up social media on fire with his uber-stylish and dapper looks every time he posts, heartthrob Kartik Aaryan treats his fans with a mid-week motivation in his latest update. Harping on positivity, Kartik has been offering subtle messages to his fans and followers with his latest posts.

Taking to his Instagram handle recently, he shared a great click flaunting his sharp jawline and his sexy charm. The picture is from one of his stylish shoot where he’s seen stepping ahead and captioned it saying, “One step at a time is good walking”. Touted as the ‘Social Media King’, Kartik caters to his fans with everything they need. From his drool-worthy pictures, entertaining and quirky captions to motivational thoughts, the star knows the nerves of his audience and continues to rule their hearts. 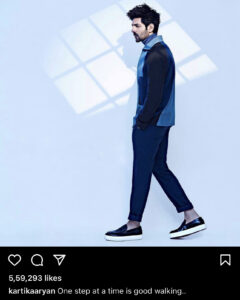 Be it on social media or in person, Kartik never fails to impress fans with his charming personality and humble behaviour. Being spotted in the city often amid his busy schedules, Kartik Aaryan is often crowded by his fans. One of the most loved and popular star, he has also emerged as the bankable and busiest actor on the block with an envious list of upcoming films, dabbling in varied genres to exhibit his versatility. 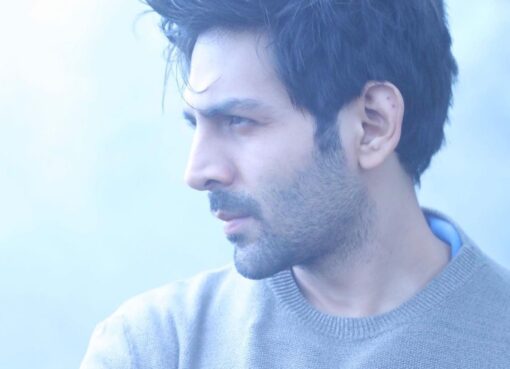 Spreading positivity through his thoughts, Kartik Aaryan shares a hot yet cute PIC

Despite a busy schedule with multiple shoots, Kartik Aaryan doesn’t miss offering his fans with glimpses into his life through social media. Currently the actor is shooting for Shashanka Ghosh’s
Read More Kartik Aaryan’s gym clicks are a proof that he’s turning into a sexy beast for his next!