If there is one star who has been making it to the headlines recently, it is Kiara Advani. The diva proves that she is one of the most captivating beauties of the Bollywood.

Kiara has been winning hearts on social media because of her alluring photos. Right from sharing her candid selfies to posting her glammed-up photos, the ‘Kabir Singh’ star has been setting hearts racing with her gorgeous clicks. Kiara never fails to impress us with her sartorial fashion choices and impeccable style statements.

After making her Bollywood debut in ‘Fugly’, she played the real-life character of Sakshi Rawat in Neeraj Pandey’s critically and commercially successful sports biopic ‘M. S. Dhoni: The Untold Story’. Kiara has become one of the most sought after actress in Bollywood who has proved her mettle in the industry. She has won hearts with her versatility, stunning looks and impeccable acting prowess.

The star has been in the news owing to her work and film announcements. Kiara is currently shooting for her film, ‘Bhool Bhulaiyaa 2’ with Kartik Aaryan. On Saturday, the diva who is an avid social media user, took to the Instagram story and shared a boomerang video, wherein we can see Kiara lying on the bed and taking a nap.

She is donning a yellow outfit, and her makeup and hair is on point. It seems she is taking rest between the shots, in her vanity van. Kiara captioned the snippet as, “Quick power nap on set”. 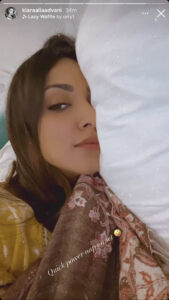 ‘Bhool Bhulaiyaa 2’ stars Kartik Aaryan, Kiara Advani and Tabu in leading roles. The film is scheduled for release on November 19.

On the work front, the ‘Lust Stories’ star will be seen in Dharma Productions’s next production, the action war film ‘Shershaah’, based on the life of army officer Vikram Batra- played by Sidharth Malhotra and featuring Advani as his fianceé. She will also be seen as the lead in the romantic comedy ‘Jug Jugg Jeeyo’, opposite Varun Dhawan. 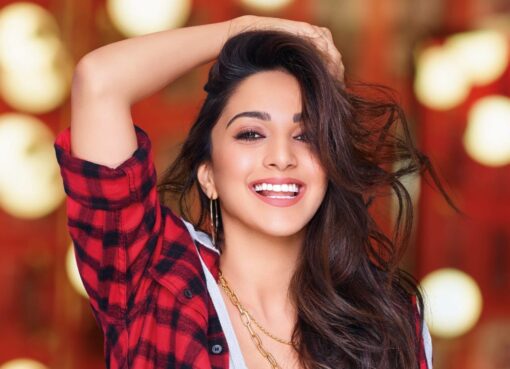 India’s leading oral health care brand Colgate has appointed Bollywood actress Kiara Advani as the brand ambassador for ‘Colgate Visible White’.  She will be seen as the face of the product in t
Read More Actress Kiara Advani starrer coming-of-age comedy film ‘Indoo Ki Jawani’ which was earlier scheduled to be released theatrically on June 5, but was postponed as the cinema halls were shut down due to
Read More Bollywood actor Shahid Kapoor has won a million of hearts with his impeccable acting skills and dapper looks. The handsome hunk on Thursday has turned 40, and the social media is flooded with heart-wa
Read More