Actress Kriti Kharbanda is an avid social media user, and she never fails to amaze her fanbase with her stunning clicks.

Kriti is very popular on Instagram for her relatable lifestyle and chic style. With more than six million followers on the social media platform, the actress always gives a sneak peek into her daily life. The gorgeous diva is one of the most promising actors in the Bollywood and there is no denying that.

The talented actress had made an impressive debut in the Hindi film industry with ‘Raaz Reboot’ alongside Emraan Hashmi. Post this, she has been unstoppable and has been proving her mettle as a talented actor with every film.

Apart from her impeccable acting prowess, Kriti Kharbanda is known for her flawless fashion sense and utter beauty. Proving her versatility with every film, it is always a delight to watch her on the silver screen.

Now on Sunday, the beautiful star took to her Instagram handle, and shared a resplendent picture of herself, wherein she can be seen soaking in the sun, while donning a casual attire.

Kriti is sporting a white tank top and completed her look with neutral make-up and silver hoop earrings. Her hair is tied in a casual bun, and she is grabbing our attention with her cute smile.

Kriti captioned her post as, “Soaking in the sun, hoping for a miracle, a time machine maybe?! #sundayfunday #takemeback”. Her post has garnered more than three lakh likes and a heart from Ananya Panday.

On the work front, Kriti will be next seen in “14 Phere” opposite Vikrant Massey. The flick is set in Northern India and is directed by Devanshu Singh. Written by Manoj Kalwani, the film is slated to release next year. The movie also stars Vinay Pathak, Gauahar Khan, Vineet Kumar, Govind Pandey, and Yamini Das in the pivotal roles.

On the professional front, the actress was last seen in Bejoy Nambiar’s movie ‘Taish’ which was released on ZEE5 as feature film and six episodes series. Actors Kriti Kharbanda and Pulkit Samrat are head over heels in love with each other, and their social media PDA is a proof.  One of the cutest and adored couples in the tinsel town, Kriti and Pulkit
Read More Making a niche in the tinsel town with her flawless performances in movies like ‘Shaadi Mein Zaroor Aana’, ‘Housefull 4’, among others, actress Kriti Kharbanda is an avid social media user, and she ne
Read More 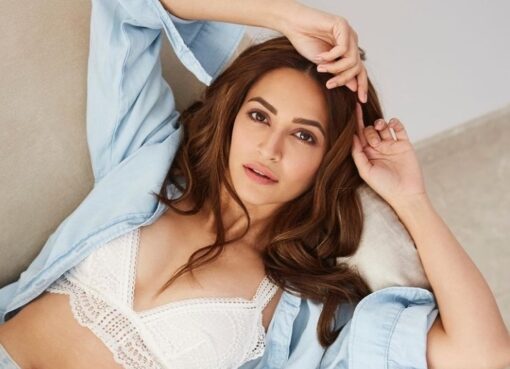 Making a niche in the tinsel town with her flawless performances in movies like ‘Shaadi Mein Zaroor Aana’, ‘Housefull 4’, among others, actress Kriti Kharbanda is an avid social media user and she nev
Read More