Actress Ananya Panday shows up at her dance class in a tip-to-toe athleisure look, as she is taking classes for her upcoming project ‘Liger’.

Looks like there are some exciting dance numbers she’s rehearsing for. A maroon bralette paired with maroon tracks paired with white shoes and bag she posed in front of paps with a smile. ‘Liger’ is the actress’ upcoming Pan-India film that is big budget, and filled with grandeur. Ananya is the youngest actress to have a Pan-India project under her belt.

A source close to the actress shares, “Ananya was spotted as she was leaving from her dance class, she was doing rehearsals for her upcoming film ‘Liger’. She has been rehearsing for hours together for a dance number from her upcoming Pan-India film. She has made dance classes a part of her routine now. All the rehearsals were for Liger and the shoot for the song will happen soon.” 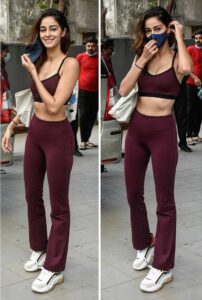 With ‘Liger’, our very own Ananya Panday will be making a debut in five different languages all at once. Starring opposite Vijay Deverakonda both their fandoms are going crazy over the fresh pairing. Ananya’s previous film ‘Khaali Peeli’ alongside Ishaan Khatter made huge success, the first time that the actress was seen performing action.

Now, she has achieved a huge feat with this film as this is only her fourth project. None of her contemporaries have a Pan-India film in their kitty. Apart from ‘Liger’, Shakun Batra’s untitled next is also in her pipeline in which she will be sharing screen space with Siddhant Chaturvedi and Deepika Padukone. ‘Ek Lafde ki Sawari’ parks its spot on Zee Cinema this week with the World Television Premiere of ‘Khaali Peeli’.  This is an exciting story of a crazy taxi ride with pit stops filled with mad action,
Read More 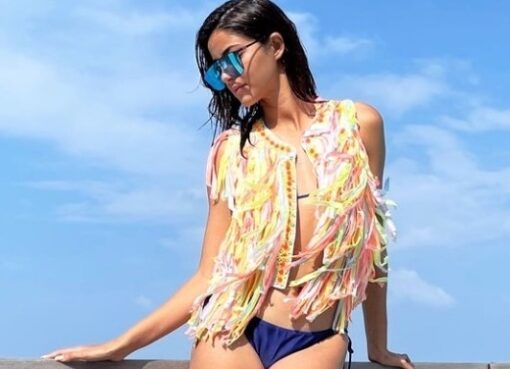 Rumoured Bollywood couple Ananya Panday and Ishaan Khatter who were in the Maldives enjoying their new year vacay, are back in the bay now. The rumoured love birds have grabbed the headlines over the
Read More 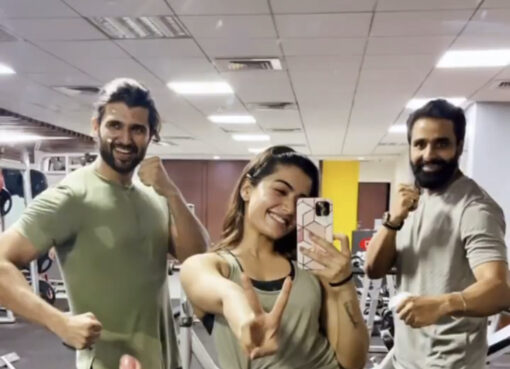 Rashmika Mandanna is ‘having fun’ while Vijay Deverakonda does ‘serious posing’ at the gym; See PICS

South sensation Rashmika Mandanna lately has been powering through her daily routine with tight shoot schedules, doing up her new house, catching up with friends and having some quality time with her
Read More