After much anticipation and excitement, the makers of the upcoming film ‘Major’, that encapsulates the fierce bravery as well as celebrates the life of late Major Sandeep Unnikrishnan, on Friday announced that the movie is set to release on July 2 in theaters, worldwide.

Based on the life of late army officer Sandeep Unnikrishnan who was martyred in 26/11 Mumbai attacks, the flick witnesses actor Adivi Sesh slipping into the character of Major. With an aim to celebrate the life of Major Sandeep, the film not only captures his death but also the spirit with which he lived.

Bringing to light the heroics of Sandeep Unnikrishnan and tracing his journey, ‘Major’ pays a tribute to the braveheart through the film. Making the announcement on his social media handles, Adivi shared a new poster of the film. Along with the poster, he wrote, “The power of courage. #MajorTheFilm reporting for duty on 2 July, 2021 WORLDWIDE #MajorOnJuly2”.

Earlier in December, on the Adivi Sesh’s birthday, the makers had released a poster featuring the actor as Major Sandeep Unnikrishnan which earned appreciation for the striking resemblance between the real and the reel. Marking the death anniversary of Major Sandeep Unnikrishnan in November, the makers had released a heartfelt video reciting the journey of creating the film and the first look of Major, which received a warm response from all quarters.

Produced by Sony Pictures Films India in association with Mahesh Babu’s GMB Entertainment and A+S Movies, ‘Major’ is slated for a release on July 2. 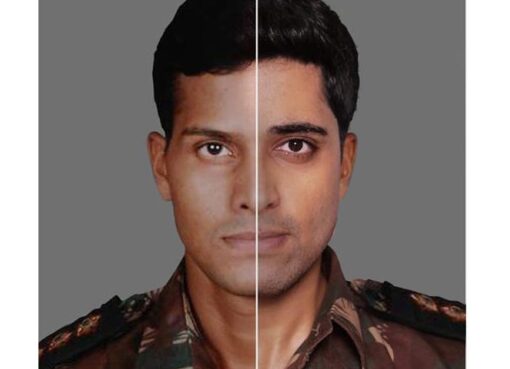 ‘Major Sandeep Unnikrishnan impacted my life from first moment I knew about him’, recalls Adivi Sesh

Marking the death anniversary of Sandeep Unnikrishnan on November 27, the team of ‘Major’ paid a tribute with a soul-stirring video, reminiscing the journey of making the film. Actor Adivi Sesh will r
Read More Presenting Adivi Sesh as the young, selfless, brave and much-loved Major Sandeep Unnikrishnan, the makers of ‘Major’ revealed the first poster of the film. ‘Major’ traces the journey of the late army
Read More