Actor and one of the most celebrated hosts, Maniesh Paul extended his help to contribute towards BMC Safai Karamcharis working at beaches post the Cyclone.

Post the cyclone Tauktae hit the west coast, Mumbai witnessed the beaches and roads littered with waste spewed by the sea back at the city. In the aftermath, BMC workers have cleared over 2000 tons of garbage, in a single day.

Offering a helping hand to the selfless workers, Maniesh Paul has extended his support by donating an undisclosed amount along with ration kits (daal, rice, along with other daily grocery items), across nine beaches in Mumbai including, Juhu, Versova, Mahim, Bandra, Girgaon, Shivaji Park, amongst others.

Maniesh associated with Chinu Kwatra, founder of Khushiyaan Foundation to organise the donation drive in order to help the BMC Safai Karamcharis working on the beaches post the cyclone. Sharing insights into the same, China Kwatra shared, “It was extremely thoughtful of Maniesh to extend his support for the BMC workers and we are glad to be be a part of his contribution. It is heartening to witness people like Maniesh coming forward to help the BMC Safai Karamcharis of Beach who had been toiling to clear up the waste spewed by the ocean back on the land after the cyclone. He provided ration kits to the families as a mark of respect and admiration for their hardwork towards the society.” 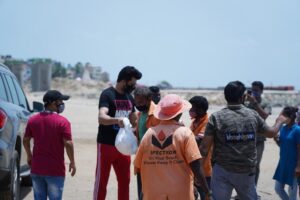 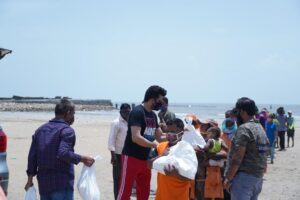 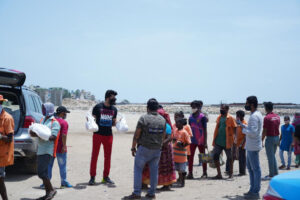 In addition, Maniesh has also donated shoes for underprivileged kids to the NGO Khushiya Foundation.

Creating ripples on the silver screen as well with intriguing performances, Maniesh is touted as the ‘Entertainment Extraordinaire’, gearing up for the release of his upcoming film ‘Jug Jugg Jeeyo’ under the banner of Dharma Productions. One of the most entertaining performers of the tinsel world, Maniesh Paul has impressed the audience with his stage presence, singing skills to his acting prowess.  Touted as the entertainment extraor
Read More 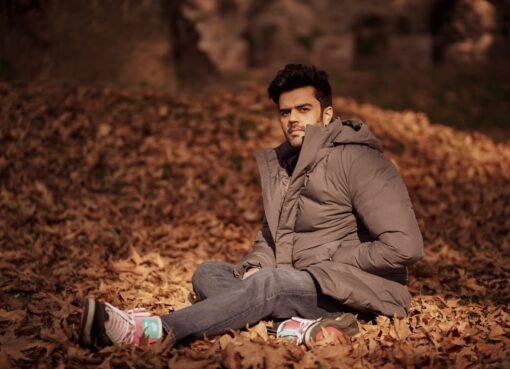 After engaging in an informative conversation with Dr Gautam Bhansali from Bombay Hospital in the first episode of his podcast, Maniesh Paul highlights the inspiring contribution of altruistic and ind
Read More 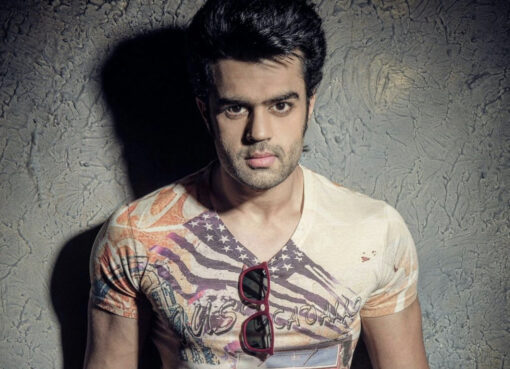