Shahid and Mira are one of the most talked-about Bollywood couple on the social media. The two keeps on sharing their lovey-dovey pictures on their Instagram handles, and comment on each other’s posts. Mira enjoys a huge fan base of 2.4 million followers on Instagram, and she keeps on sharing glimpses from her life on the internet world.

Mira keeps her fans entertained by posting her skincare, haircare routine, DIY videos, her workout regime and more on the photo sharing app. Mira Rajput and Shahid Kapoor have been one of the most adored couples of the tinsel town who never miss a couple to dish out relationship goals. If there is one star wife in Bollywood whose style always manages to take the internet by storm with her gorgeous looks, it is Mira. From rocking casual looks to slaying in an ethnic wear, she quite often serves up major style inspiration.

Now on Monday, the gorgeous lady had an interactive ‘Ask Me Anything’ (AMA) session on Instagram with her fan army. One user asked her that who is her crush. If you are excepting the answer to be Shahid Kapoor, then you are wrong. Mira replied to the question with a bright smile and honesty and said AB de Villiers, the South African cricketer. She said, “I love him”.

Mira looked breathtakingly beautiful during the AMA session, and was seen donning a white shirt, her hair half tied, and was sitting in her car. One user also asked her that “U and Shahid!!! Who wins in arguments?” She replied with a big smile, “Me! Who else?”

One fan asked her about Shahid’s “most annoying habit and one thing you love the most about him”, to which she replied, that he makes a zillion typos. “I have to really figure out what he is saying. But now I have kind of understood what he means when he says something else. And I love him, I love everything about him,” Mira said in her answer.

Mira also revealed what is her ‘go to snack’. She said, “My go-to-snack is actually Poha. I can eat it for breakfast, lunch, dinner, middle of the night. I Love it”. 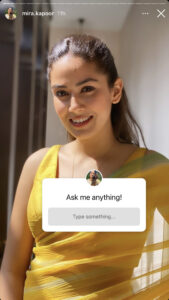 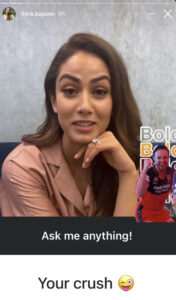 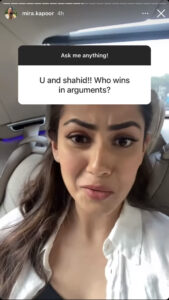 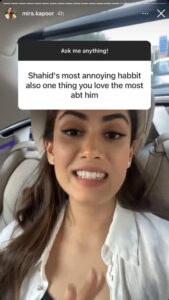 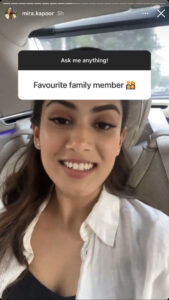 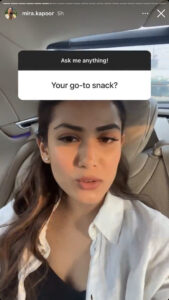 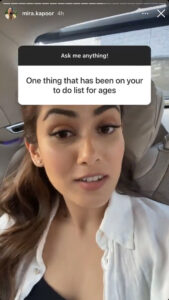 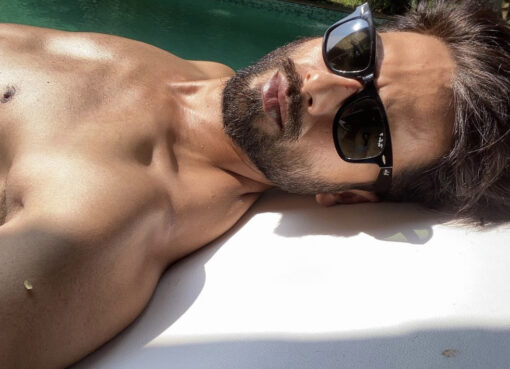