The solo star of ‘Pagglait’, Sanya Malhotra has been garnering endless love from critics and audiences for her outshining performance in the film. The latest one to get on board is ‘Pagglait’s producer Ekta Kapoor who has praised her actress in an appreciation post for the film.

Ekta took to her Instagram handle on Wednesday to appreciate her film’s team which has been super successful. Sharing a series of pictures, Ekta penned a heartwarming note for the team.

The filmmaker said, “Pagglait: Our sweet, small tale of love & loss, grief & greed has a special place in my heart from the time I heard it…& the love & generosity that has come our way has been overwhelming ! But none of this would have been possible without the rock solid team behind it! Here’s my little appreciation post for the force behind it all! Watching @umeshbist translate this beautiful story from script to screen has been an exhilarating experience! (That picture is from our video call, the day I saw the film … me & my friends were all moved beyond words and knew it was going to be a winner!)”.

“It’s an honour that Arijit Singh’s @arijitsingh debut as a music director has happened with Pagglait! He gave soul to this story. And this has been a dream collaboration for me ! As a producer, @guneetmonga held fort and steered this gem of a film through thick & thin… a true boss lady!! I’m so so proud of partnering with her. @ruchikaakapoor & the team of Balaji Motion Pictures @urvip18 @a_chaun, who constantly seek to tell stories that stir conversation, raise questions & change the on-going narrative! Kudos! A big shoutout to the @netflix_in team, who have backed, mounted & presented this soulful story in the most marvellous way,” she said.

“Finally, Sanya, who beautifully portrayed ‘Sandhya’ & magically transformed us into this quaint, world … you my friend have depicted a rare, fine balance between being ‘raw & restrained’. @sanyamalhotra_ And ofcorsss a stellar cast consisting of the most talented actors! @ashutosh_ramnarayan @sheeba.chadha @sayanigupta @raghubir_y @shrutiisharmaa @rajeshtailang @natasharastogi @sharmachetan01 @mrfilmistaani @nakulroshansahdev @aasifkhan_1 @ashleshathaakur Thank you for pouring yourself into each character ! it was a joy watching you’ll. From calls, to msgs to glowing reviews, to Instagram posts & just to pure love pouring in from across… the Biggest thank youuu to the audience … your love only encourages us to keep telling these stories,” she added.

Sanya replied to the content czarina saying, “Thank you @ektarkapoor thanks a lot”.

The young actress has left everyone in awe with her talented performance yet again after her previous successful outing in ‘Ludo’. Sanya will further be seen in ‘Love Hostel’ opposite Vikrant Massey and Meenakshi Sundereshwar with Abhimanyu Dassani. Kareena Kapoor Khan turns producer in collab with Ekta Kapoor & Hansal Mehta; says ‘There’s no one I’d rather partner with’

Kareena Kapoor Khan is all set to turn producer for the very first time with a thriller. In collaboration with Ekta Kapoor’s Balaji Telefilms, the untitled film will be directed by Hansal Mehta. Inspi
Read More 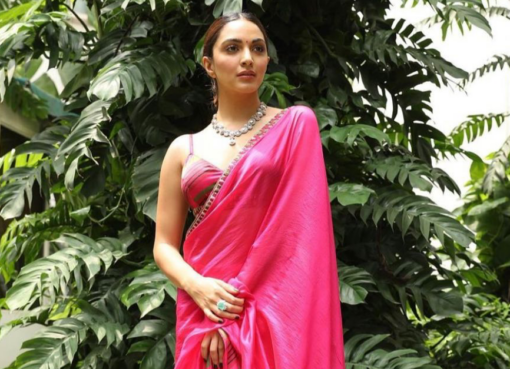 These 4 actresses are goals when it comes to styling a saree; Check OUT

If in doubt, go for a saree! Nothing makes a better statement than styling your six-yard piece, and these Bollywood divas agree! From stunning the red carpet to acing a public appearance – time
Read More 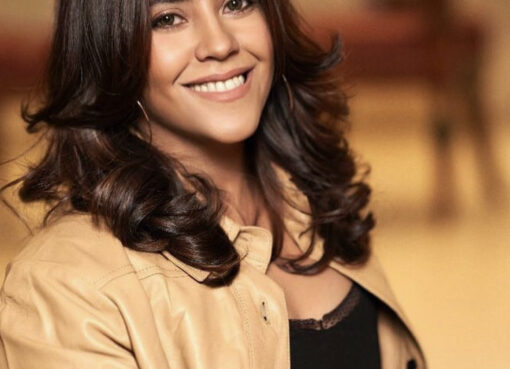 Content Czarina Ekta Kapoor as the producer has pioneered the growth of Indian television industry in the past and continues to shape the landscape of Indian cinema and OTT space. The ever so present
Read More