Actress and model Rakul Preet Singh who has recently recovered from COVID-19, on Sunday resumed the shooting of the upcoming movie ‘MayDay’.

The actress who is an avid social media user took to her Instagram story and posted a sneak peek into her first day shoot of the movie, post COVID recovery. In the boomerang video, we can see the gorgeous diva sitting in her vanity van, while her team is busy doing her makeup, and giving her final touches before the shoot. Rakul Preet looks excited and is all smiles as she is back on the sets.

She captioned her video as, “HappiestAtWork” and “#MayDay”, along with muscle emojis.

Have a look at Rakul Preet Singh’s post here- 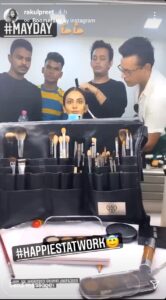 In the movie, Rakul Preet will be seen essaying the role of a co-pilot in ‘MayDay’. The movie stars Ajay Devgn and Amitabh Bachchan in the lead roles. Directed by Ajay, ‘MayDay’ will be releasing on April 29, 2022. This will be the second collaboration of Rakul Preet and Ajay Devgn. They were last seen in ‘De De Pyaar De’.

On the work front, Rakul Preet will next be seen in two Tamil films : the vigilante-action film ‘Indian 2’, directed by S. Shankar, a sequel to the 1996 film ‘Indian’, and the science fiction film ‘Ayalaan’ opposite Sivakarthikeyan.

She will also appear in four Hindi films : ‘Attack’ alongside John Abraham and Jacqueline Fernandez, ‘Sardar and Grandson’ opposite Arjun Kapoor, ‘Mayday’ alongside Amitabh Bachchan and Ajay Devgan, and ‘Thank God’ alongside Ajay Devgan and Siddharth Malhotra. Rakul Preet Singh is a stunner, chills like a boss lady under the Maldivian sun

Model and actress Rakul Preet Singh is currently having a gala time with her family, as she is enjoying her vacations in the exotic locales of Maldives. The actress who is an avid social media user is
Read More 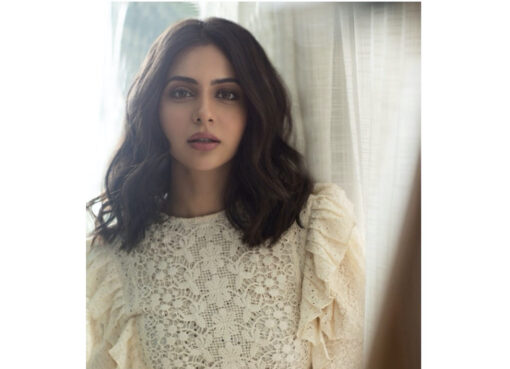 Bollywood’s ‘new age hero’ Ayushmann Khurrana had announced his next project ‘Doctor G’ in December. The actor will be seen playing a doctor in the movie.  The movie is produced by Junglee Pictures an
Read More Junglee Pictures is certainly on a roll! After announcing the release date (Republic Day weekend) of ‘Badhaai Do’ last week, the studio has now revealed the theatrical release date of their much antic
Read More