In the biggest and historic deal ever, Pen Studios on Wednesday announced the post theatrical release, digital and satellite deal for the SS Rajamouli directorial and highly-anticipated film ‘RRR’. The film has managed to rope onto audiences hearts since almost a year now and the excitement is only up for rise.

Pen Studios sells 10 languages in a day at a whopping price. ‘RRR’ is now a global film, that will now be releasing in English, Portuguese, Turkish, Korean and Spanish apart from the already stated five language Hindi, Tamil, Telugu, Malayalam and Kannada. The digital streaming rights of the film are now with Netflix and ZEE5, and the film will premiere digitally after 70-100 days of theatrical release.

This deal is sure to go down in history and rightfully so. The film has an ensemble cast from multiple industries and boasts of names like NTR Jr, Ram Charan, Ajay Devgn and Alia Bhatt. The film is helmed by none other that the maestro with cinematic intelligence SS Rajamouli. 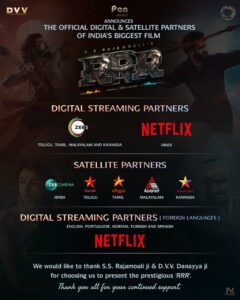 The film is a blockbuster in the making and has managed to create intrigue among audiences with its posters and glimpses, the much-awaited Pan-India film will have a worldwide release on the festive occasion of Dusshera, October 13th.

Produced by DVV Danayya, ‘RRR’ is directed by India’s most celebrated filmmaker SS Rajamouli. Pen Studios will be presenting the film in Hindi and Pen Marudhar will be the distributors of ‘RRR’ across North India.

After launching the enigmatic motion poster of Ajay Devgn’s character on his birthday this month, the makers of ‘RRR’ have unveiled yet another fascinating poster from the period drama on the auspicio
Read More 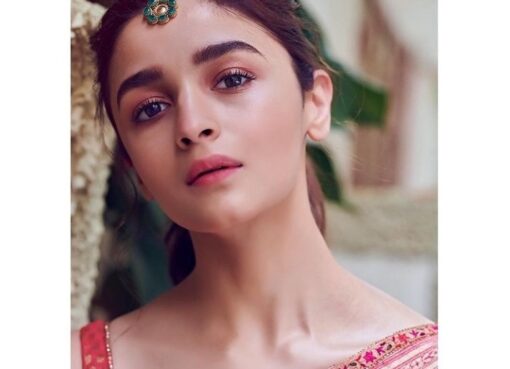 Actress Alia Bhatt is all set to start the shooting for SS Rajamouli’s ‘RRR’, and the beautiful starlet on Sunday gave the glimpse of her journey for the same. Taking to her Instagram handle tod
Read More 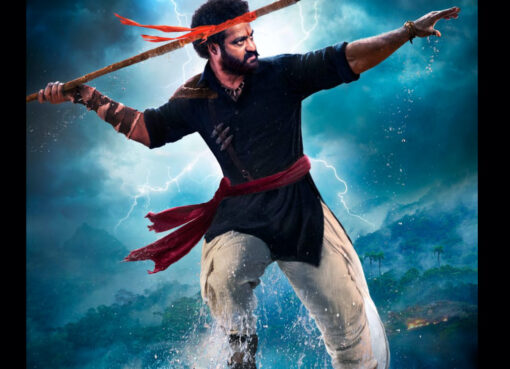