Amazon Prime Video presented to its viewers the cinematic delight, ‘Sandeep Aur Pinky Faraar’ on May 20. The viewers have rendered heaps of praises for the film and the same goes for the critics.

The film is directed by Dibakar Banerjee who is known for his work in the Hindi film industry. ‘Pinky’ Arjun Kapoor and Amazon Prime Video engaged in fun banter, basking in the success of their film and it is adorable!

On garnering success for the film, Arjun Kapoor took to his social media account to thank everyone. He shares, “Thank you for all the love @parineetichopra | @neena_gupta | @jaideepahlawat | #RaghubirYadav | #DibakarBanerjee | @sapfthefilm | @primevideoin”.

The official handle of Amazon Prime Video makes a pinky promise. The comment read, “We going to recommend this to every next person we meet. Pinky promise”. Arjun played along and replied, “@primevideoin as long as everyone watching is the pink of health” 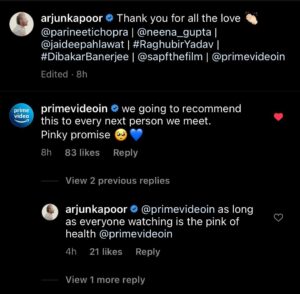 Ironically this pair of chalk and cheese are united by their mistrust, suspicion and hatred for one another. This suspense-drama promises to keep the viewers glued to their seats as it explores the polarities of the two worlds and is packed with great performances by the iconic “Ishaqzaade” duo who are back together to reignite the silver screen. Truly, not just celebrities like Alia Bhatt, Kriti Sanon, Jahnvi Kapoor are all praise but even so the audience and critics, alike— calling it a must watch! 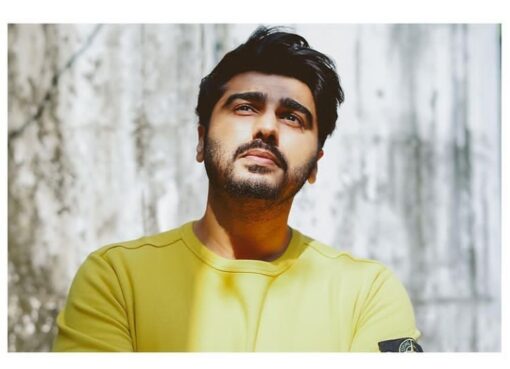 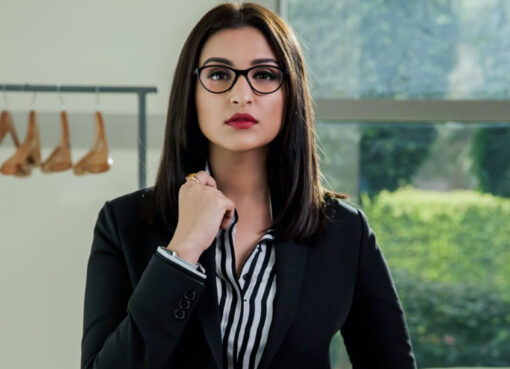