The makers of Aditya Roy Kapur starrer action entertainer ‘Om-The Battle Within’ on Monday announced the leading lady of their movie.

Zee Studios today revealed the name of the female lead of their upcoming movie, and it is none other than ‘Dil Bechara’ fame Sanjana Sanghi. On the occasion of Aditya’s 35th birthday on November 16, the production house had announced that he will play the lead in ‘Om-The Battle Within’.

Sharing the news on their official Twitter handle, Zee Studios said, “Introducing the leading lady for our upcoming film! Excited to announce that @sanjanasanghi96 will join #AdityaRoyKapur in #Om – The Battle Within”.

Aditya also took to his Instagram handle and shared a story. He posted Sanjana’s picture and wrote, “Welcome on board Om”. 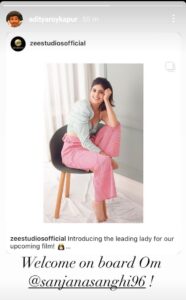 Directed by Kapil Verma, the movie will be produced by Zee Studios, Ahmed Khan and Shaira Khan. The flick is set to go on floors later this year. It will be released in the second half of 2021.

This is Sanjana Sanghi’s second movie after she starred opposite late Sushant Singh Rajput in ‘Dil Bechara’. Meanwhile, Aditya was last seen in ‘Ludo’. 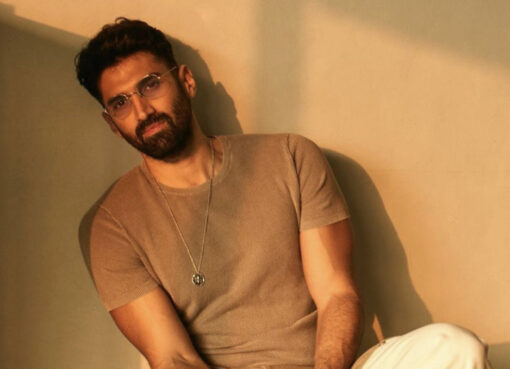 The year 2022 comes with a promise of Aditya Roy Kapur capturing the big screen and our hearts with his performances. The handsome hunk has already hooked the audience with his back-to-back exciting a
Read More With the Indian entertainment industry being the largest in the world, there is always space for emerging, young talent to shine and make a mark.  These debutantes cut through the competition and made
Read More 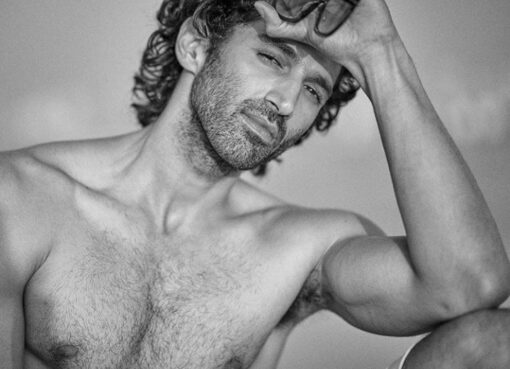 As ‘Aashiqui 2’ fame actor Aditya Roy Kapur on Monday turned 35, his fans get a special birthday gift from the star.  Aditya born on November 16, 1985 made his Bollywood debut with 2009 film ‘Lo
Read More