She is one of the most hardworking and loved actresses in the industry and there are no second thoughts about it. The actress has proved her mettle time and again and is known for her impeccable acting prowess. Taapsee is also an avid social media user and often leaves her fans updated with whatever is happening in her personal and professional life.

Being one of the most sought after actresses in the industry right now, Taapsee’s pictures are surely something we all look forward to. The diva’s versatility game is always on point and it is a treat to watch her on the silver screen, as she always has something new to present on the table.

With multiple exciting projects in her kitty, the actress is currently juggling between the shoot and preparations of ‘Looop Lapeta’ and ‘Shabaash Mithu’. The stunner had also wrapped up the shoot of the sports flick ‘Rashmi Rocket’.

Taapsee has begun the cricket training for her forthcoming film ‘Shabaash Mithu’, which is a biopic on Indian women’s cricket team captain Mithali Raj. Taapsee will be seen playing the titular role, and will be donning the hat of a cricketer.

The ‘Pink’ actress on Saturday took to her Instagram stories and gave us a glimpse of her on-field cricket training. She shared some pictures wherein Taapsee can be seen holding a bat and is wearing a white tee and black tights. The ‘Badla’ star captioned the photos as, “A week down”, “7 days down..70 to go… Work in progress…” 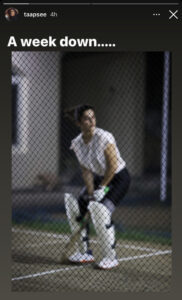 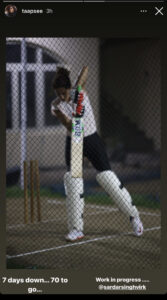 ‘Shabaash Mithu’ is directed by Rahul Dholakia and is bankrolled by Viacom18 Studios. The story is written by Priya Aven. The flick is an inspiring tale of Mithali Raj.

On the professional front, Taapsee has also wrapped up the shooting of Vinil Mathew’s ‘Haseen Dillruba’ in October 2020. She will be also seen in Aakash Bhatia’s ‘Looop Lapeta’. 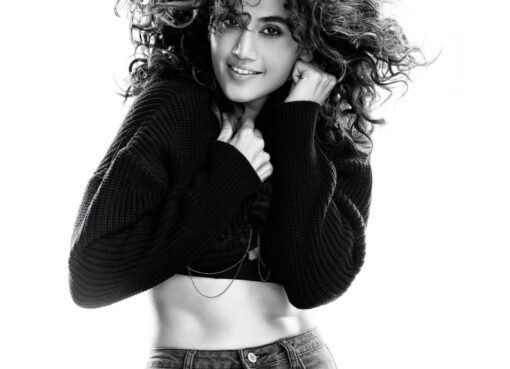 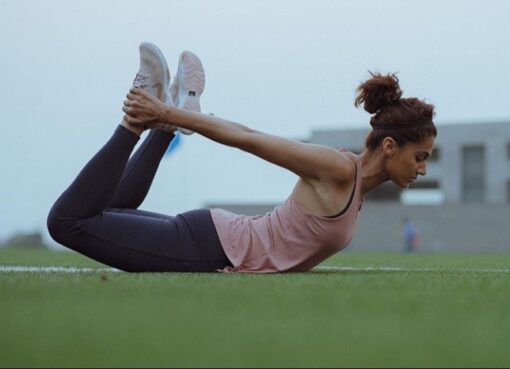 Actress Taapsee Pannu who has begun the shooting for her sports drama ‘Rashmi Rocket’, in which she will be seen portraying a Gujarati athlete, is leaving no stone unturned to get into the skin of her
Read More Taapsee Pannu is ‘all set’ for the ‘next’ project; Hrithik Roshan gives her 100 points!

Bollywood actress Taapsee Pannu seems to be on a spree to impress her fans with her talent and skills. Being an avid social media user, the diva often leaves her fans updated with whatever is happenin
Read More