One of the most sought after actor in Bollywood, Shahid Kapoor has won a million of hearts with his impeccable acting skills and dapper looks. The ‘Jab We Met’ star has proved his versatility time and again and it is always a delight to watch him on the silver screen, as he always has something new to present on the table.

The handsome hunk has carved a niche for himself with his choice of movies and spectacular acting skills. Considered one of the most attractive male celebrities in India, the ‘Kabir Singh’ fame actor is an avid social media user, and keeps his fans and admirers entertained with the updates of his personal and professional life.

Shahid has been making quite the mark when it comes to his work. While he’s always been on the toes with that, it’s his style and attitude that has almost always caught our eyes. Besides his acting prowess, the superstar enjoys a massive fan following on social media, and often steals his fan’s hearts with the stunning pictures.

The ‘Batti Gul Meter Chalu’ fame actor on Sunday has completed 18 years in Bollywood. He made his debut in 2003 with a leading role in the romantic comedy ‘Ishq Vishk’, a sleeper hit for which he won a Filmfare Award for Best Male Debut.

Celebrating the milestone, Shahid shared a striking selfie on his Instagram handle, wherein he can be seen wearing a blue vest and is lying on the grass. Along with the photo, he thanked his fans and said it’s always special to turn 18.

“Thank you all for all the wishes. It’s always special to turn 18. Keep it real. Be the change. Find every possible moment to be grateful. Make it count you all. Tomorrow is today,” Shahid wrote in his post.

Shahid’s post has garnered more than seven lakh likes. His mother Neliima Azeem commented, “Lovely..so proud of you darling son for the next great 18 years.. blessings”, “Love the pic… The gaze straight into the heart”.

His younger brother Ishaan Khatter shared a montage of Shahid’s famous characters from some of his movies, on his Instagram story.

Take a look at Shahid and Ishaan’s post here- 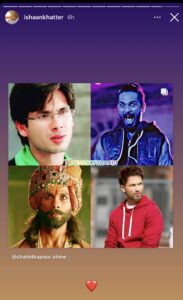 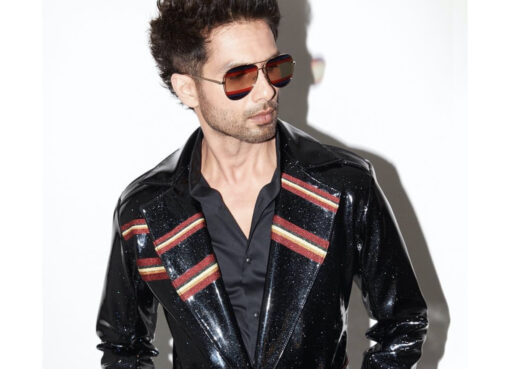 Shahid Kapoor’s ‘Post 40 feelings’ will leave you in awe of his dapper looks; See PHOTO

Bollywood actor Shahid Kapoor has won a million of hearts with his impeccable acting skills and dapper looks. The ‘Jab We Met’ star has proved his versatility time and again and it is always a delight
Read More Shahid Kapoor looks spiffy as he enjoys the winter sun in his garden, left fans in awe

Bollywood’s one of the phenomenal actor Shahid Kapoor has recently announced the wrap up of the upcoming sports drama ‘Jersey’, and the star is now enjoying some ‘me’ time at his home.  The ‘Kabir Sin
Read More