As the versatile and gorgeous actress of the tinsel world Alia Bhatt has turned 28th on Monday, her ‘Shaandaar’ and ‘Udta Punjab’ co-star Shahid Kapoor showered birthday love on the diva.

The internet is flooded with heartwarming birthday wishes for the impeccable and one of the most adored actress of the industry. Alia is ruling millions of hearts with her charming persona and flawless performances on the silver screen.

Now on the birthday of the ‘Raazi’ star, Shahid who has twice shared the screen space with the flawless actress took to his Instagram story and penned an adorable wish for Alia. Shahid shared a monochromatic click with the birthday girl, wherein both are seen flashing their cute smiles for the camera, while standing holding an umbrella.

The ‘Jab We Met’ star wrote, “Happy happy birthday Alia Bhatt. May the umbrella of grace always be upon you”. Alia replied to Shahid’s wish and said, “Thank You Sitaaaa”.

Take a look at Shahid’s birthday wish for Alia here- 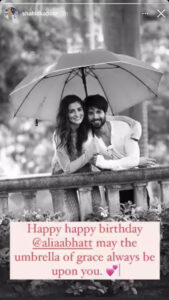 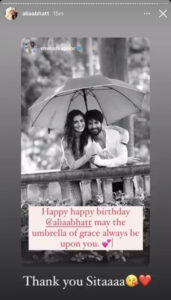 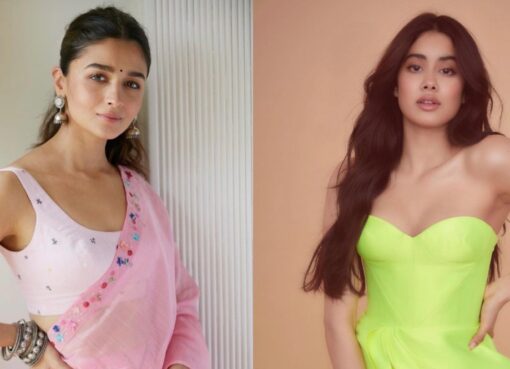 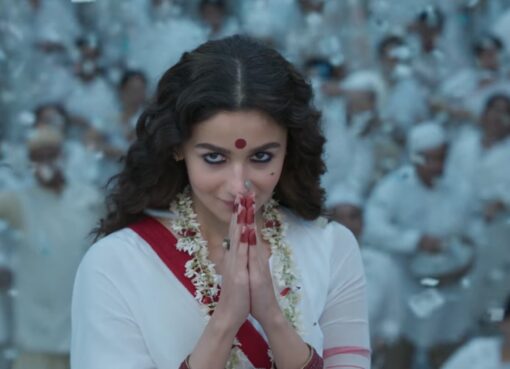