In the course of 2020, Namit Das has made headlines by enacting out roles that viewers would never guess to be his pick.

Clearly on an experimental spree, the powerhouse actor has offered two of his other talents for one of the most highly anticipated series, ‘A Suitable Boy’. The actor has composed and sung a song for Mira Nair’s directorial.

Das’s song is called ‘The Boatman Song’, and it has been planted into the series at a pivotal stage when two characters begin to fall in love. What’s special about this song is that it has penned by Namit’s mother, Yamini Dass and it marks his first collaboration with her.

Not to mention, the music album of ‘A Suitable Boy’ has been curated by the world-renowned sitarist Anoushka Shankar, whose work has been an influence on Namit.

“It is so amazing to be part of ‘A Suitable Boy’ in more ways than one. Music has always been one of my many loves and to have the chance of making music and singing for Mira Nair’s adaptation is incredible. This song became even more special to me when my mother stepped aboard to pen the lyrics. To have created the song with her for a series is a first that I will always cherish. My mother has been the loudest voice of encouragement as far as my pursuit of music is concerned. It’s awesome that we got to bond over music professionally for a series that is my dream come true. I never saw it coming,” says Namit.

Namit’s song is picturised on Lata and Kabir (lead characters) while they are seated in a boat and it depicts the fleeting romance of first love. The motifs of the tune of the song have been remodeled as background score for various scenes scattered across the series.

Set in a post-independence, post-partition India, ‘A Suitable Boy’ follows the story of four families over a period of 18 months and centres on Mrs Rupa Mehra’s efforts to arrange the marriage of her younger daughter, Lata, to a “suitable boy”. Das essays the role of a suitor that goes by the name Haresh Khanna. 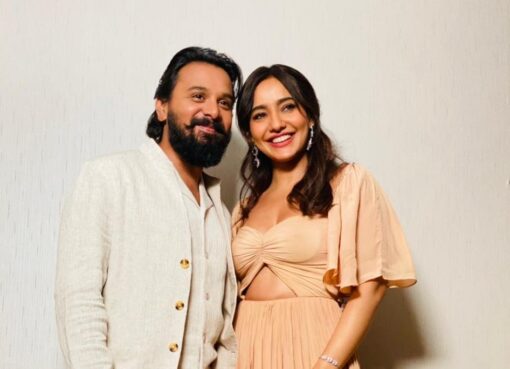