Think redefining fashion space and having fun with art— the first name that pops in anyone’s head is Sonam Kapoor. Ever since the fashion icon has stepped into the industry, she has been making waves with her style game. From creating a trend to challenging the norms, she can do it all with the same grace.

Well, it isn’t news that Sonam has managed to impress the fashion police yet again, but we can’t stop obsessing over her new look! Adding another piece of work to her plethora of inspiring avatars, the versatile actress looked nothing less than an art in ivory corset top.

Sonam flaunted her curves in the off-shoulder corset top that hugged her perfectly. However, her chosen neckpiece stole the show. The fashionista added the needed drama to her overall simple outfit by opting gold couture quill choker. She kept her makeup minimal to not divert the attention.

Off late, the stunner has been shelling out serious fall fashion inspiration with her Instagram post. In one of the looks, Sonam made a statement in a trench coat. She paired the same with high boots and a sleek bun. While in another, she gave the perfect French girl vibe by pairing a long black skirt with a green sweater and beret cap.

Meanwhile, the powerhouse performer is gearing up for the release of the much-awaited film ‘Blind’. The film is directed by Shome Makhija and produced by Sujoy Ghosh. 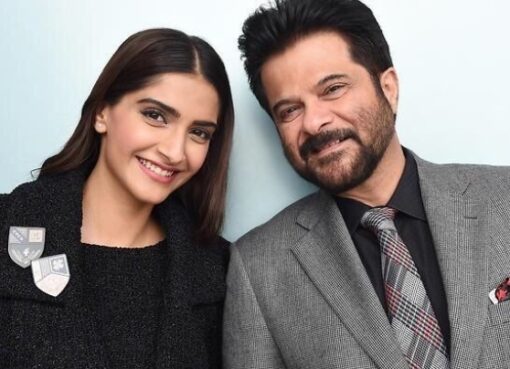 Actor and producer Anil Kapoor who has appeared in over a hundred Hindi-language films, as well as international films and television series, on Thursday turned 64. Born into a Punjabi Hindu family on
Read More 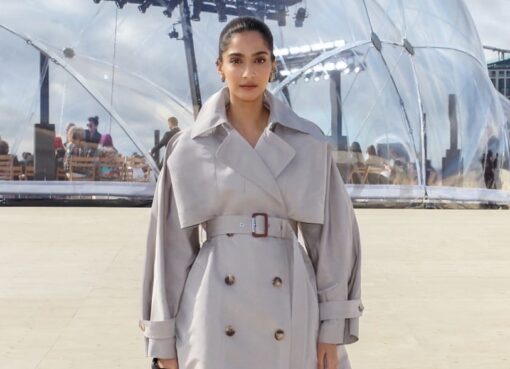 Sonam Kapoor Ahuja has been one of the most in-demand attendees of London’s hottest fashion shows and galas. The queen of international red carpets made headlines at the preview party of Royal Academy
Read More 14 years of Sonam Kapoor in Bollywood!

Today marks the 14-year anniversary since Sonam Kapoor Ahuja officially debuted in the film industry as Sakina in ‘Saawariya’. Establishing her as the star to watch out for, Sonam received recognition
Read More