Actress and fashionista Kriti Sanon never fails to grab our attention over her stylish looks. She is among a few actresses who can carry any look with ease and confidence.

Kriti is one of the most captivating beauties of Bollywood. The actress has been winning hearts on social media courtesy of her alluring photos. Right from sharing her candid selfies to posting her glammed-up photos, the ‘Panipat’ star has been setting hearts racing with her gorgeous clicks.

Be it at the red carpet or casual dressing, Kriti has treated us with some stunning looks. She is one of the most hardworking and loved actresses in the industry and there are no second thoughts about it. The gorgeous actress has proved her mettle time and again and is known for her impeccable acting prowess.

Kriti is a diva and a sensation in the true sense of the term, and when it comes to acing the fashion and hotness quotient with glamorous new outfits, she is a trendsetter for millennials all over the country. The ‘Dilwale’ fame diva is also an avid social media user and often leaves her fans updated with whatever is happening in her personal and professional life.

Keeping up with the trajectory, Kriti took to the Instagram handle on Wednesday, and shared some steamy clicks of herself, leaving everyone in awe of her alluring looks. The ‘Raabta’ fame actress dropped one monochromatic and another coloured snap wherein she can be seen donning a sleeveless polka dot thigh high slit dress.

Kriti is sitting on a chair and is posing candidly against the wall. Her wet hair is left open and she opted for a neutral makeup. Needless to say, the pictures have set the internet ablaze, with her massive fan army going gaga over the stills.

She captioned the photographs as, “Summer is here! Beach hair on point, now just need a beach and a cocktail!!!” The post has garnered more than four lakh likes and a heart from Janhvi Kapoor. One user commented, “Enticing..”, while the other said, “super hot”.

On the work front, she will be seen in ‘Bhediya’, along with Varun Dhawan. Directed by Amar Kaushik, and produced by Dinesh Vijan, ‘Bhediya’ will feature Varun Dhawan, Kriti Sanon, Deepak Dobriyal and Abhishek Banerjee in the lead roles. The flick will be high in VFX and prosthetics. Written by Niren Bhatt, ‘Bhediya’ will release in theatres on April 14, 2022.

Kriti will also be seen in ‘Mimi’, featuring her as a surrogate mother, and Abhishek Jain’s ‘Hum Do Hamare Do’ opposite Rajkummar Rao, both produced by Vijan. She has also finished shooting for Farhad Samji’s next film ‘Bachchan Pandey’ alongside Akshay Kumar.

‘Bachchan Pandey’: Kriti Sanon feels ‘Frozen’ as she shoots in 9 degrees in Jaisalmer!

Actress Kriti Sanon who will star opposite Akshay Kumar in ‘Bachchan Pandey’, has recently started the shooting of the movie in Jaisalmer, Rajasthan. Kriti is an avid social media user and from time t
Read More 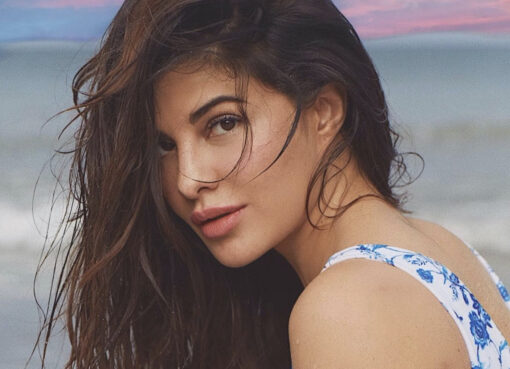