Bollywood actress Katrina Kaif’s sister Isabelle Kaif is all set to mark her debut in the Hindi film industry with movie ‘Suswagatam Khushaamadeed’, opposite Pulkit Samrat.

The gorgeous starlet has recently shared her first look from the movie on her Instagram handle. In the pictures, we can see Isabelle and Pulkit dressed in black ethnic attires, and needless to say, the duo looked amazing together. Sharing the photos, Isabelle wrote, “Namaste – Aadaab Ab hogi jaldi aapse mulaqaat! So excited to share with you guys the first look of #SuswagatamKhushaamadeed”.

And now the ‘Bhaijaan’ of Bollywood– Salman Khan took to his Instagram account and shared the pictures of Isabelle and Pulkit. Giving a shout out to the fresh onscreen Jodi of the tinsel town, the ‘Sultan’ star said, “Arre wah pullku n Isa .. u gus r looking amazing together in #SuswagatamKhushaamadeed .. congrats n all the best . God bless @isakaif @pulkitsamrat”.

Have a look at Salman and Isabelle’s posts here- Here’s how ‘Radhe: Your Most Wanted Bhai’ told us how to release a film during pandemic!

From the get go of talks around Salman Khan starrer ‘Radhe: Your Most Wanted Bhai’ releasing in a hybrid model with a pay per view format, there were speculations about it. The common folks had expect
Read More 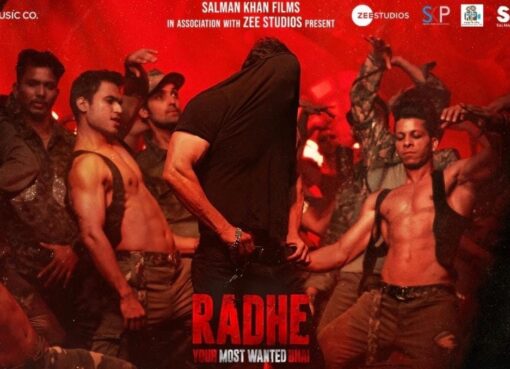 Salman Khan reinforced his title of being the country’s ‘Most Wanted Bhai’ as the trailer of ‘Radhe’, presented by Salman Khan Films in association with Zee Studios and directed by Prabhu Deva, went o
Read More Bollywood’s ‘Bhaijaan’ Salman Khan on Tuesday announced the release date of his highly anticipated movie ‘Radhe-Your Most Wanted Bhai’. On his 55th birthday, the ‘Dabangg’ superstar had promised to re
Read More