One of the promising starlet of the tinsel town Tara Sutaria never fails to wow her fans each time the diva steps out in the city. Known for making style statements, the ‘Marjaavaan’ star often takes fashion games a notch higher.

Tara has been one of the most sought after actress in Bollywood who has proved her mettle in the industry. She might be just two movies old, but the ‘Student of The Year 2’ actress has won hearts with her versatility, stunning looks and impeccable acting prowess.

She always manages to make heads turn with her stylish looks. Be it her casual attire for travel or her red carpet looks, everything Tara dons becomes a trend among her fans and her style is emulated by many of her followers.

She often shares her style diaries on her social media handles and leaves the internet swooning over the gorgeous looks. Her wardrobe is for every millennial who need to take inspiration from. Tara is an avid social media user who loves to tease her fans with amazing pictures and keeps them updated.

Keeping up with this trajectory, the gorgeous actress took to her Instagram handle on Tuesday and shared some stunning monochromatic pictures of herself from the recent photoshoot. The pictures have been clicked by celebrity photographer Rohan Shrestha.

Tara is a sight to behold in these black and white snaps, wherein she can be seen wearing a white slip tee, her hair left open in soft curls, with makeup on point. She captioned the photos as, “#WhiteTseries”.

Her post has garnered more than three lakh likes and a heart from Tiger Shroff.

On the work front, Tara last appeared in ‘Marjaavaan’ co-starring Sidharth Malhotra. She will be next seen opposite debutant Ahan Shetty in ‘Tadap’. Tara will also collaborate with Tiger Shroff in ‘Heropanti 2’, directed by Ahmed Khan. She will also star alongside John Abraham, Disha Patani and Arjun Kapoor in Mohit Suri’s ‘Ek Villain Returns’. Beautiful starlet of tinsel town Tara Sutaria and her rumoured boyfriend Aadar Jain who were enjoying their vacation in Maldives, have now returned to Mumbai post their holidays. Tara had celebrated h
Read More 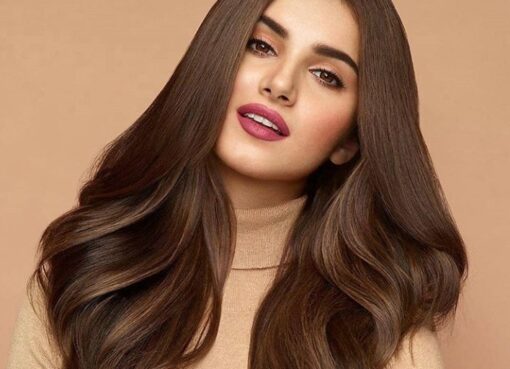 Tara Sutaria to share screen with Tiger Shroff in ‘Heropanti 2’

Winning the hearts of the audience with her performance in ‘Student of the Year 2’, and ‘Marjaavaan’, the beautiful and starlet Tara Sutaria has now been roped in for the lead
Read More