The actress who will be seen playing the role of an athlete in the upcoming sports drama ‘Rashmi Rocket’, has announced the wrap of the movie. Taapsee was shooting for the last schedule of the flick in Bhuj, Gujarat. One look at Taapsee’s Instagram and you can tell the actress has given it all to get into the skin of an athlete. From intense training sessions to endless running, Taapsee has been juggling ‘Rashmi Rocket’ and ‘Loop Lapeta’.

Taapsee has undergone rigorous training and the actress kept on giving glimpses of her preparations, strict diet and workout sessions on her social media handle. The ‘Pink’ fame star on Tuesday shared a photo of herself from the Rann of Kutch, announcing that the shooting of the film has been completed.

The ‘Badla’ star took to her social media handle Instagram and penned a heartwarming note for her team. She also recalled the eventful shooting schedule of the film amidst the novel coronavirus pandemic. In the photo, we can see Taapsee posing backwards for the camera on the Rann of Kutch, with her arms wide open.

“Not sure if I have the time and space to explain how this film actually happened. From the basic storyline I heard in Chennai 3 years back to actually complete its filming against all odds in these challenging times. This was one hell of a driven team effort! I’m going to reserve the details for later coz I’m sure we have many more battles to fight till the release but what I can say is this is one team that’s gonna do it all with a smile and most effortlessly coz the captain of this ship @akvarious believes in working strictly in between chilling with bunch of friends on set, instead of the other way round,” she said in her post.

“Producers @pranjalnk @nehaanand21 @rsvpmovies who are relentless and don’t have the word ‘quitting’ in their dictionary. @nehapartimatiyanidop whose lens can transform any basic moment into whistle blowing big screen shot. Writers, cast, art, production design , so on n so forth the list is long. Baaki release ke time kahaaniya bataane mein mazaa ayega. For now drawing the curtains on #RashmiRocket and moving onwards n upwards coz this Rocket has left us sky bound ! #FilmWrap #RashmiRocket,” Taapsee added. 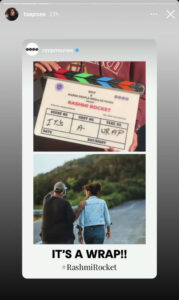 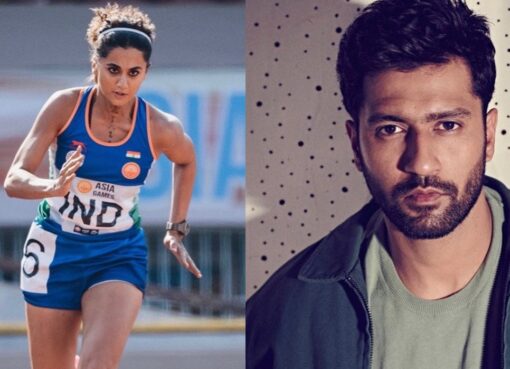 ZEE5 Original movie, ‘Rashmi Rocket’ has sparked everyone’s interest since its trailer launch because of its unique storyline and power-packed performances by actors headlined by Taapsee Pannu a
Read More 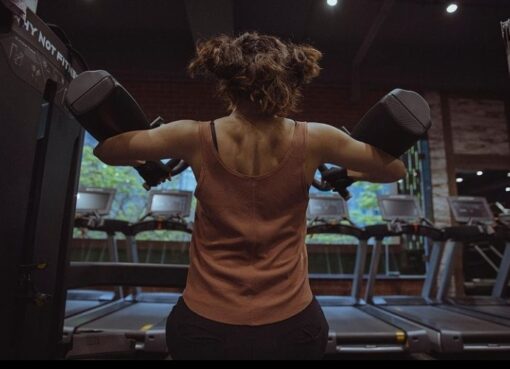 Whether it is Rumi in ‘Manmarziyaan’ or Rani in ‘Haseen Dillruba’, Kanika Dhillon and Taapsee Pannu have made headlines as a powerful writer-actor duo. While both characters were memorable and much ta
Read More