After giving out remarkable and memorable performances in South with ‘Sarileru Neekevvaru’, ‘Geetha Govindam’ and ‘Dear comrade’, Rashmika Mandanna’s Bollywood debut is considered as one of the most sought-after and anticipated one!

Christened as the national crush, Rashmika is all set to make her debut in the Hindi cinema with RSVP and Guilty By Association’s upcoming collaboration ‘Mission Majnu’. She will be seen opposite Sidharth Malhotra in the espionage thriller. And now the gorgeous diva has bagged another big Bollywood project alongside Amitabh Bachchan.

Yes, you read it right! Rashmika will be next seen in ‘Goodbye’ backed by Ekta Kapoor’s production house Balaji Motion Pictures. The movie went on floors on Friday. Sharing her excitement about the forthcoming movie, Rashmika took to her Instagram story and dropped a glimpse of the movie’s puja ceremony.

Along with the photo, the beautiful star wrote, “I love it when it’s all about performing…and this is one such project. Thrilled to be a part of this amazing journey..#Goodbye!”

Earlier in the day, Ekta Kapoor shared the mahurat photos and penned a small note. “this is how it’s (hopefully) going! Finally working with the ONLY actor Iv been waiting to work with … who I spent my childhood obsessing over @amitabhbachchan ! Wat an honour sir / uncle ! Welcoming new beginnings with #Goodbye”.

Take a look at Rashmika and Ekta’s posts here- 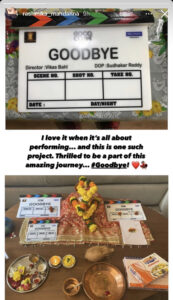 Directed by Vikas Bahl, the film marks Rashmika’s second Bollywood project. The flick is touted to be a slice of life story which revolves around a funeral. ‘Goodbye’ marks Ekta Kapoor and Vikas Bahl’s collaboration after ‘Lootera’ and ‘Udta Punjab’.

Last seen in ‘Pogaru’ and ‘Sarileru Neekevvaru’, Rashmika has recently wrapped up the Lucknow schedule of ‘Mission Majnu’. On the work front, Mandanna’s first Tamil film, ‘Sulthan’ opposite Karthi was released on April 2. She will now appear in two Telugu films: Sukumar’s ‘Pushpa’ opposite Allu Arjun and Kishore Tirumala’s ‘Aadavaallu Meeku Johaarlu’ alongside Sharwanand. 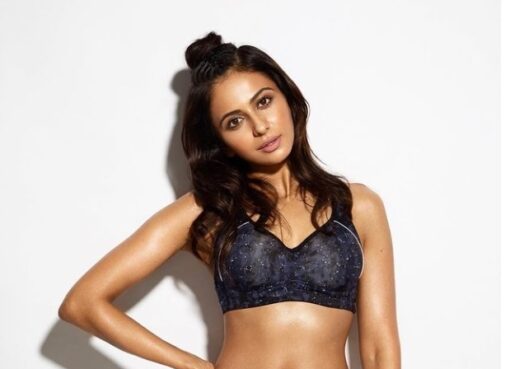 Actress and model Rakul Preet Singh who has recently recovered from COVID-19, on Sunday resumed the shooting of the upcoming movie ‘MayDay’.  The actress who is an avid social media user took to her I
Read More 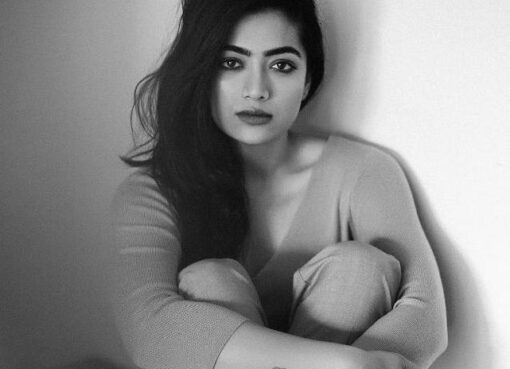 There’s a lot of buzz around Rashmika Mandanna in Bollywood lately. Recently, the actress flew down to the Mumbai, for the preparation of her upcoming Hindi film ‘Mission Majnu’, opposite
Read More One of the promising stars in the tinsel town, Sidharth Malhotra is an avid social media user and never fails to make heads turn with his cool style and swag.  The ‘Student of the Year’ fame actor enj
Read More