Bollywood actor Vicky Kaushal who had contracted the novel coronavirus earlier this month, on Friday announced that he has tested negative for COVID-19.

The ‘Raazi’ actor took to his Instagram handle and shared the news, revealing that he has tested negative today. Vicky shared a smiling picture of himself wherein he can be seen wearing a grey tee. He captioned the post as, “Negative!”.

He also took to his Instagram story and wrote, “Tested negative today. Thank you for your lovely wishes and messages. My prayers for all who are recovering. Stay safe.” 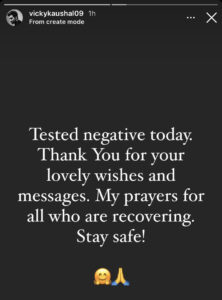 The actor will also star as the Mughal emperor Aurangzeb in ‘Takht’, a historical drama directed by Karan Johar, which features an ensemble cast, including Ranveer Singh, Kareena Kapoor, Alia Bhatt, and Bhumi Pednekar. Vicky will also star as the lead in Sam Manekshaw’s biopic ‘Sam Bahadur’. 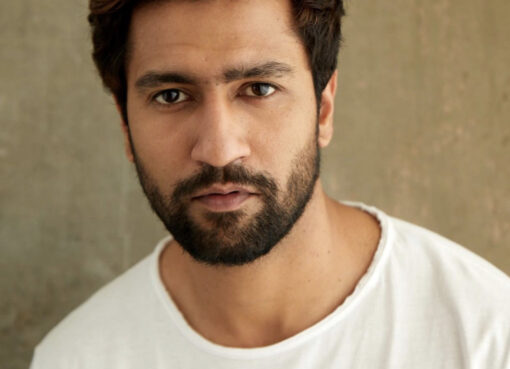 Winning million of hearts as Major Vihaan Singh Shergill in ‘Uri: The Surgical Strike’, actor Vicky Kaushal has some exciting projects in his kitty this year. But Monday, brought a worrisome news for
Read More 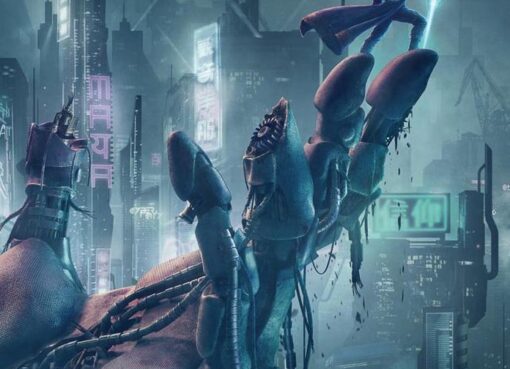 ‘It is the biggest honour for me’, pens Vicky Kaushal as he shares pics from his visit to Uri Base Camp in Kashmir

Winning million of hearts as Major Vihaan Singh Shergill in ‘Uri: The Surgical Strike’, actor Vicky Kaushal is now gearing up for some of the exciting projects which are there in his kitty.  In 2019,
Read More