One of the most credible actors in the film industry–Yami Gautam, who had been shooting earlier in Himachal Pradesh and in Mumbai for the upcoming horror comedy movie ‘Bhoot Police’, on Tuesday jetted off to Jaisalmer, Rajasthan for the filming of the final schedule of the flick.

On January 7, the other star cast of the movie Arjun Kapoor and Saif Ali Khan along with producer Ramesh Taurani, and crew members of ‘Bhoot Police’, headed to Jaisalmer for the final leg of the project. Yami is an avid social media user, and often sends the internet into a meltdown with her stunning clicks.

Besides her acting prowess, the elegant diva also enjoys a massive fan base of 12.5 million followers on Instagram, and often steals her fan’s hearts with her resplendent pictures. From dropping her candid shots to treating us with her amazing selfies, the talented actor lights up the internet with her alluring pictures. The diva is also known for her amazing fashion sense and unique style statements.

Keeping up with trajectory, the ‘Kaabil’ actress has shared her picture again. Yami took to the Instagram story and shared a picture from the flight, wherein she can be seen clad in an all-black outfit. To keep herself safe from the novel coronavirus, Yami can be seen wearing a black face mask and a face shield. She captioned her photo as, “All set fo Jaisalmer!!! #BhootPolice”. 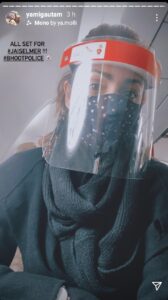 The movie which began filming in November 2020, is 75 per cent completed. The Arjun Kapoor, Saif Ali Khan, Yami Gautam, Jacqueline Fernandez starrer is directed by Pavan Kirpalani, and Produced by Ramesh Taurani and Akshai Puri.

On the work front, Yami was last seen opposite Vikrant Massey in ‘Ginny Weds Sunny’. 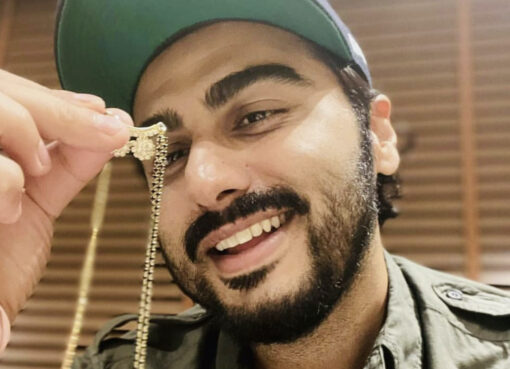 The handsome hunk Arjun Kapoor never fails to impress us whenever he posts something on social media. The actor is an avid social media user and is very popular on Instagram for his lifestyle and stun
Read More 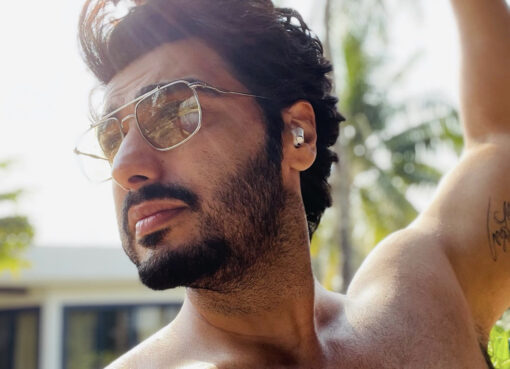