It’s only been a few days in the show ‘Bigg Boss’, but we’ve already witnessed plenty of drama among the contestants, whether it’s battling, laughter, or love. Every year, we see some incredible friendships, horrible adversaries, and love stories. This time, however, the love story is unlike any other since it involves none other than ‘Bigg Boss’ himself.

Tejasswi Prakash, who is known for her one-liners, quirkiness, and naivety, is professing love for him in the home, referring him affectionately as ‘baby.’ She further expresses that her ‘baby’ is flawless and has eight-pack abs but whines, ‘Yeh kuch karte hi nahi hai.’ To which Jay Bhanushali mocks, ‘Inse kuch hota hi nahi.’ Everyone bursts out laughing. Fellow competitor, on the other hand, loves Tejasswi’s adorable conversation with Bigg Boss.

Meanwhile, the feud between Jay and Pratik grows worse. In a fit of rage, Pratik breaks a part of the Bigg Boss property, prompting the latter to nominate all Junglewasis for elimination. This infuriated the nominated contestants, who condemned the decision. Taking Jay’s side, Vishal Kotian asks Bigg Boss why no action was taken against Pratik when he became physical with Jay. He urges him to take a fair judgement, as well as agrees to nominate him for this statement for the rest of the season since he believes ‘Janta’ will save him.

In the midst of all the dangal, VishwasunTREE made the Bigg Boss girls happy by returning their make-up kits. The girls were over joyous at the sight of the kits with Tejasswi even thanking her ‘Baby’. Also, how is it possible that Bigg Boss ho, aur bhoot pe charcha an ho? Afsana says that there is a bhoot inside her who wants to kiss Shamita Shetty. The contestants have a hearty laugh on that. One never knows whether it’s a bhoot or Afsana’s desire to kiss Shamita.

To know more, stay tuned to ‘Bigg Boss’, Monday to Friday at 2230 hrs on COLORS! 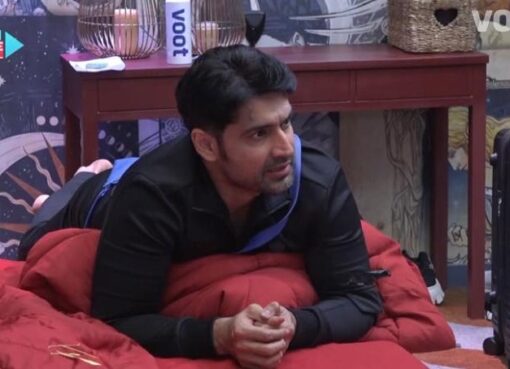 Karan Nath’s way of playing ‘Big Boss’ is a thing to watch out for!

This year’s ‘Bigg Boss OTT’ hosted by Karan Johar is definitely one of the craziest seasons ever. The most controversial show has now reached to another level of outbreaks. It is visibly seen that all
Read More They say revenge is a dish best served cold.  In the Bigg Boss House, it is being served in the same way with huge foam smeared palms. In the special Weekend Ka Vaar episode, the Czarina of Indian tel
Read More The ‘Weekend Ka Vaar’ episodes have always been a highlight in ‘Bigg Boss’.  Master host Salman Khan is on top of his game as he interacts with the contestants and sets things on the right track.
Read More