Some actors have made a notable place in films, television shows and now web series as well. Gulfam Khan, who is currently seen as a strict yet comic warden in Dangal TV’s ‘Nikki Aur Jadui Bubble’ has been in the industry for almost 20 years now and she is one such actor.

After performing in all three platforms, Gulfam shares the differences she has experienced and says, “I have done TV shows, movies and also web series and there are a lot of differences in the way content is created across platforms. In terms of shoot schedules, we have a lot of time when we shoot for films as it doesn’t have to go on air the next week, unlike TV shows.”

“Hence, giving us time for preparations. The budgets, the character writing, the way things are shot, everything differs. One major difference is that in movies you cannot be sure as to how many parts of what you shot is going to be seen by the audience. It all depends on the editing table, whereas on TV you are sure that everything you perform will be seen on screen,” she said.

“Another difference is in terms of popularity. People remember the smallest roles from a TV show but that is not very possible in a movie until it is a very big one. There is a sense of pressure when it comes to TV but many actors like me get an adrenaline rush through it. I love working under pressure,” Gulfam added.

Her fans have always showered love on her and we can’t wait to see what she has to offer as Manorama this time. If I had magic powers I would heal the world: Himmanshoo Malhotra

Many times we wonder what it would be like to do magic. Actor Himmanshoo Malhotra, one of the most known faces in the television industry is one such actor who wonders the same. He is presently seen i
Read More 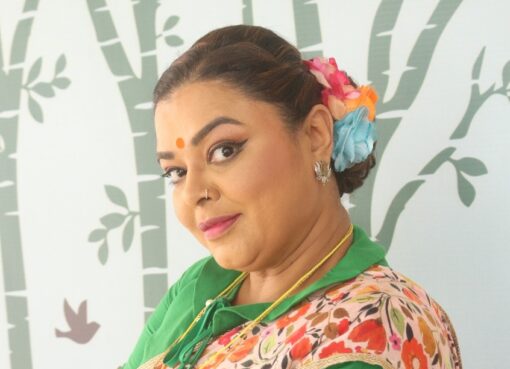 Known for her acting skills as well as her talent in writing and screenplay, actress Gulfam Khan Hussain is back with a new show.  She is presently seen in Dangal TV’s new show ‘Nikki Aur
Read More