Jeevan Chadha, who made his television debut with Dangal TV’s ‘Ranju Ki Betiyaan’, got an opportunity to work with experienced actors like Ayub Khan, Deepshika Nagpal and Reena Kapoor. He admits he was initially intimidated by the cast but later found a family in them.

Talking about his initial days of shoot, Jeevansh says, “Being an amateur, I was very intimidated when I got to know the cast inclusions but that feeling retained only till the time I first met them. Such endowed actors, being Ayub ji (Khan), Deepshika (Nagpal) ji and Reena (Kapoor) ji, rather became my supporting pillars in this chapter of mine.”

“I have found a family in these people. A father (both on and off-screen) in Ayubji, an amazing mentor in Reena ji and the happy-go-lucky ally in Deepshikha Ji. They all persuade me to my best when at work and be my happy pill otherwise. Such generous, down-to-earth and extremely acceptive people are rather an added opportunity for me. This might be my beginners’ luck as they say. I have immense gratitude for each one of them for being such welcoming-natured,” he added.

The cast of ‘Ranju Ki Betiyaan’ is definitely known for the family they are. We are glad Jeevansh found his family here! 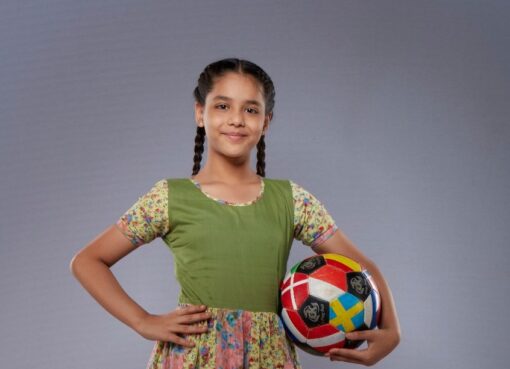 I wish this journey continues to be blissful: Adiba Hussain

Starting her career in the entertainment industry at the age of three, child star Adiba Hussain is seen in some wonderful and challenging roles even at this age. She had no plans of acting but opportu
Read More My parents gave wings to my dreams: Amit K Singh

Parents are undeniably the most important part of one’s life. This Global Day of Parents, Amitt K Singh who is currently seen in Dangal TV’s ‘Ranju Ki Betiyaan’, takes an opportunity to lo
Read More Nature is something that completes me: Monika Chauhan on ‘World Environment Day’

We live in a generation where we have more plants in our living rooms than in the outside world. There’s an increasing need to plant more trees, avoid plastic and single use items and become more resp
Read More