Karan Kundrra’s famous reality show ‘Lock Upp’ may have ended, but the excitement surrounding the same is still running high among the audience. Fans across the nation are obsessing over the success of bash pictures and scraping the internet to know more inside deets about the show.

You are in for a treat because we have a hot update about ‘Lock Upp! From what we hear, Karan Kundrra scripted history through his segments by achieving a record-breaking viewership. According to inside information, the actor-host garnered more than 13.1 million views, the highest in the entire running of the show. Earlier this, he also bagged the highest viewership for the streaming platforms.

There is certainly no doubt about the massive fan following of Karan, and the above proves the same. Meanwhile, his latest music video, ‘Bechari,’ is earning acclaim for his impeccable performance and gripping screen presence. Up next, he has a film with Ileana D’cruz and Randeep Hooda & Khatra Khatra with Jacqueline Fernandez. Lock Upp: Karan Kundrra breaks all records with his entry as jailor

There is no ounce of doubt that Karan Kundrra boasts a massive fan following across the nation. The first episode of ‘Lock Upp’ with him is a testimony to the very fact. With the actor-host’s en
Read More 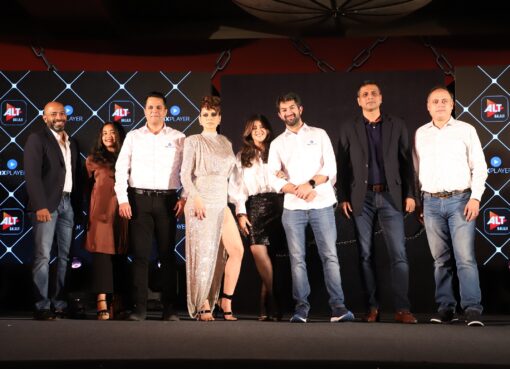 Some imprisonments break you, while some make you tougher. One realises the value of freedom only when one is locked up. Witness this for the first time in India, as MX Player – India’s entertai
Read More EXCLUSIVE: Who is going to be locked up in ‘Lock Upp’? Find OUT