While it’s a wrap on the festive season for us, the fervour is yet to get over for the artists at Sony SAB which brings for its fans the most awaited Mahasangam on November 20th. The viewers can now watch their beloved actors across Sony SAB shows come together as a part of an ultimate eventful episode – The Mahasangam. This unmissable chapter presents the rare opportunity of witnessing the dynamic group of artists and characters come together for the grand Jalsa Fest being hosted at ‘Ziddi Dil Maane Na’s Parakram Academy.

Sony SAB’s Mahasangam blends the current storyline from all its shows and connects the characters as they mingle with each other at the Jalsa Fest. Viewers must brace themselves as they witness Maddam Sir’s Haseena (Gulki Joshi) get a call from Batra Saab (Vijay Kashyap) from Ziddi Dil Maane Na who invites them to the Jalsa fest. Parallelly, Monami (Kaveri Priyam) is on a secret mission to help Koel (Simple Kaul) and her son, Nikhil (Nirbhay Thakur) escape from Koel’s toxic husband, Abhay (Karan Veer Mehra).

Our good Samaritan, Rajesh Wagle (Sumeet Raghavan) from Wagle Ki Duniya, on his way gives a lift to Koel and Nikhil, aiding their escape without his knowledge. However, later, Rajesh unknowingly ends up telling Abhay about Koel’s whereabouts while he is desperately searching for the latter. Koel reaches out to Daljeet (Sayantani Ghosh) from Tera Yaar Hoon Main to ensure an escape and seeks comfort and safety in the Bansal household. But will Abhay track Koel at the Bansals and destroy Koel’s attempt of leaving a toxic past behind?

More fun lies in store for the viewers of Sony SAB as they will get a chance to witness some spectacular dance performances by Karan and Monami on a dreamy number. The new recruits from Parakram Academy and Karishma Singh (Yukti Kapoor) from Maddam Sir put their best foot forward as they groove to high-spirited song of India Wale. To conclude this stellar night, Sid (Kunal Karan Kapoor), Sanjana (Diljot Chhabra) of Ziddi Dil Maane Na and Rajesh Wagle of Wagle Ki Duniya deliver a breath-taking performance by dancing on the song of Jhoom Barabar Jhoom, thereby putting a sparkling spin to the night.

The upcoming Mahasangam episode promises a nail-biting turn of events which is bound to put the viewers on the edge of their seats. Koel and her son Nikhil are set to make the ultimate escape with the help of Sony SAB’s favorite stars, and it will be interesting to watch how things unfold this Saturday.

Shaalien Malhotra, essaying the role of Special Agent Karan from Ziddi Dil- Maane Na, said, “It’s a thrilling time for us at Sony SAB as all the characters are finally getting to come together. We had a complete blast shooting with all the actors of the Sony SAB cohort. With army officers meeting police officers of Maddam Sir and characters from Wagle Ki Duniya coming under the same roof, this amalgamation levels up the entertainment quotient and the excitement manifold. The viewers will get to experience something completely different with the Mahasangam as it will present twists and quirks across multiple shows. I’m looking forward to the audience reaction post the Mahasangam episode on 20th November.”

Sumeet Raghavan essaying the role of Rajesh Wagle in Wagle Ki Duniya Nayi Peedhi Naye Kissey said, “Shooting for the Mahasangam was absolutely fun as it brought all actors together. We also got to know each other better and understand each other’s characters in more detail. We got to do something different, and it has turned out really well. My character, Rajesh, in his true element, helps Koel from Ziddi Dil Maane Na but at the same time, tips off Abhay whom she was escaping from, so it’s going to be interesting to see how the story evolves. The audiences will love witnessing how the characters from different shows interact with each other and what transpires on screen. This was really exciting, and I hope we get to collaborate more often.”

Yukti Kapoor Essaying the role of Karishma Singh in Maddam Sir, said, “The experience of shooting for the Mahasangam was an absolute delight as the vibe was very joyous and the set was beautifully decorated with lights which looked very aesthetic. I was thrilled because I got this excellent opportunity to meet the artists of the Sony SAB family. My attire for the dance performance was a gorgeous peach colour lehenga, and I enjoyed to my heart’s full content while dancing with the team of Ziddi Dil – Maane Na. I think this Mahasangam is a great initiative by Sony SAB as they continue to bring everyone together and make sure that everyone is happy and having fun. It is always exciting to do something new and different. So, having this opportunity to prepare for a dance sequence and performing the same for our viewers was a refreshing experience.” 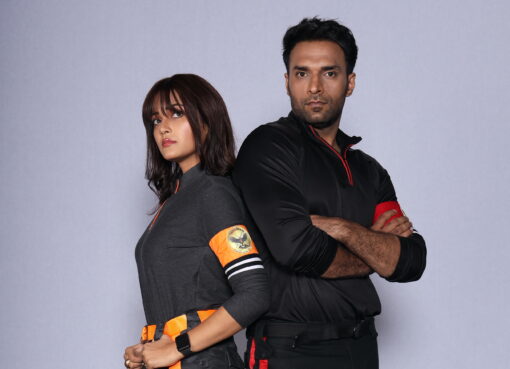 WHAT? Karan denies his feelings for Monami in ‘Ziddi Dil-Maane Na’ Support of family during these difficult times is essential: Bharati Achrekar

Versatile and evergreen actress Bharati Achrekar kickstarted her career in 1980 as she bagged a role in the highly acclaimed Bollywood film ‘Apne Paraye’. Subsequently, she went on to earn many more p
Read More 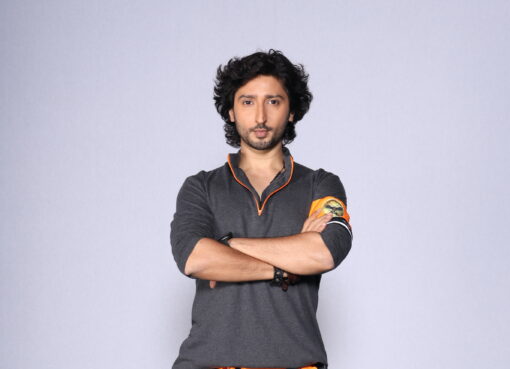 Sony SAB’s ‘Ziddi Dil- Maane Na’ is a youthful show that will revolve around a bunch of trained civil cadets who meet at the Parakram SAF (Special Action Force) Base Camp. They’ve come to realis
Read More