Being a part of projects which have meaningful content with an impactful message to put out to the audiences, has always been essential for actor Sourabh Raaj Jain.

After putting out a strong message about the importance of mental health through a short film in the recent past, Sourabh has now emphasised on ‘Sharing the Load’ between husband and wife in a new digital short series.

Sourabh feels it is more of a responsibility on his part to be a part of stories which focus on relevant issues. “I don’t think twice before taking up projects which have social issues at the forefront of their concept, as somewhere I feel as an actor it is my responsibility to support stories which have an important message to tell the viewers”, says Sourabh.

Sourabh also feels that every content viewing medium across all platforms should create content which has a message pertaining to society.

“I believe that all entertainment mediums across various platforms should put across relevant messages to the society to think upon through their content. Keeping it short and simple through short stories or other digital creations are apt to showcase in a short span of time, as the message is put across more clearly. If made with the right intention, good content with strong messages can flourish,” he added.

Sourabh’s breakthrough came by acting in the mythological show ‘Devon Ke Dev…Mahadev’, where he played the role of Lord Vishnu. He then acted in Swastik Productions’ ‘Mahabharat’ (2013), in the titular role of Lord Krishna, which he described as a “game-changer” for his career.

He was also seen playing the role of Neil in ‘Patiala Babes’. 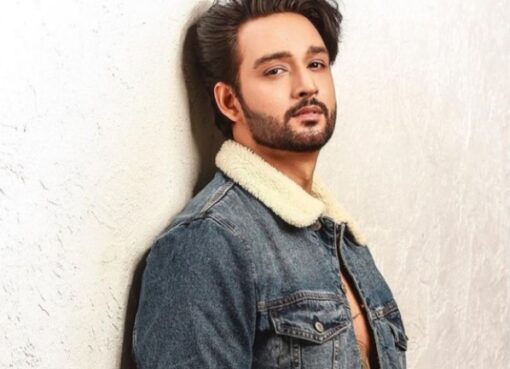 Actor Sourabh Raaj Jain recently emphasised on the importance of ‘load sharing’ between a husband and wife through a digital short series, which put across the social message in a very sig
Read More