Divya Agarwal has once again proved herself as a versatile actor with her acting chops in the recently released crime thriller series ‘Abhay 3’ on Zee5.

The ‘Bigg Boss OTT’ winner who first pulled off a brilliant performance in Alt Balaji’s multi starrer ‘Cartel’, has now gone a step forward with another exceptional performance as the ‘in love popular social media couple wife Harleen’ in ‘Abhay 3’, gaining fabulous reviews and being called an absolute surprise package in the show.

An elated Divya shares, “The reviews for my character Harleen in ‘Abhay 3’ have honestly been a surprise package for me! Being recognised as more of an actor now, is an amazing feeling! Playing Harleen was a challenge but one I truly enjoyed! From being the bubbly and cute in love social media star to switching to a killer on the loose required me to be in two different mindsets at all times for the role, but that in itself was a major learning process for me and there was so much I grasped upon whilst getting into the skin of my character, which has helped me build myself as an actor even more”.

“I feel lucky that I was able to showcase the best of my abilities as an actor in such a prominent franchise like ‘Abhay 3’. From the cast to the crew, every single person on set taught me something which I am only using to enhance my acting skills. I now look forward to more projects like these where I can provide variety to the audience as an actor”, added Divya. 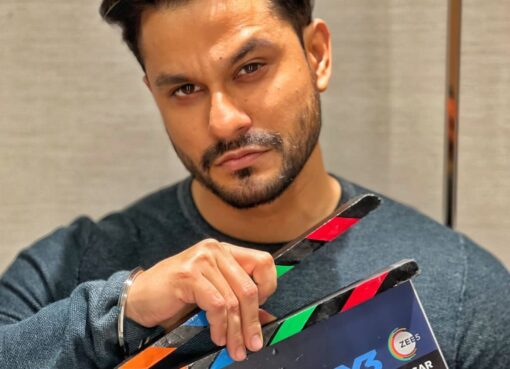 To headline this franchise is almost surreal: Kunnal Kemmu on ‘Abhay 3’

ZEE5 had set the benchmark in the crime thriller space with the Original series ‘Abhay’ in 2019. The show returned in 2020 with another successful season after which the fans wanted more of the gritty
Read More